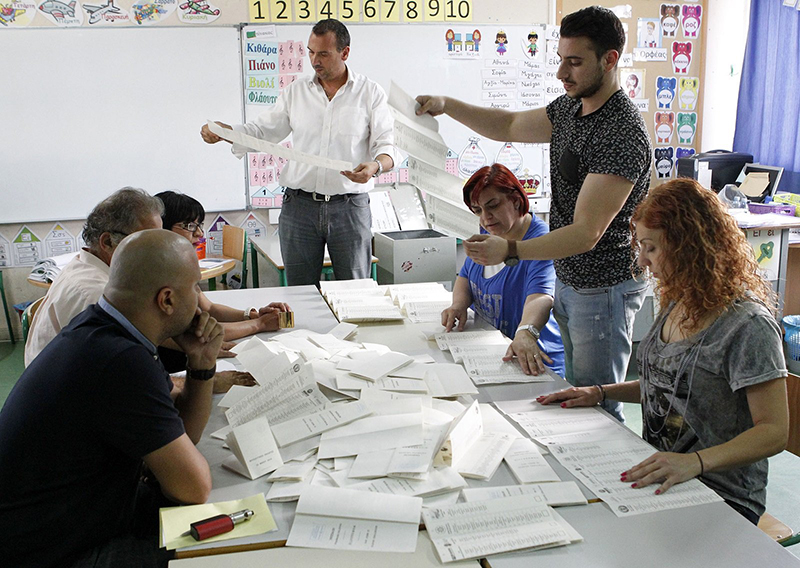 The election campaign for the Cyprus presidency continues complete with bitter accusations and counter-accusations of the worst kind – the knives are out! Personally, I made up my mind long ago and I will join thousands of other citizens resisting the call to vote for one of the five candidates.
But as a principled man I will exercise my inherited right and go out and cast a protest White/Blank vote against the political elite for what they have done to this beautiful island.
My protest vote will then be counted and recorded on sending a strong message to the government and the political parties that the Rule of Man is not acceptable in a Democracy!
The presidential system of the Cyprus Republic has always encouraged despotism and corruption where the president in fact becomes the master of all! Without an elected Second House, Senate or Commons to keep the president in line during his tenure in office, he enjoys unprecedented powers without any accountability to Parliament.
Named as the worst president ever (2018 RIK Polls) in the history of Cyprus was Mr. Christophias who stubbornly refused to accept Parliament’s calling for his resignation on the pretext “that the people elected him” and not the Parliament. In the end his radical leftist policies of incompetence – bordering on communism triggered the start of the collapse of the economy and was completed by the new Anastasiades government who signed the Eurogroup’s Troika Bail-in Mnimonio.
All considered, I refuse to support parties that colluded with the government to raid people’s bank accounts (2013 Bail-in) without the depositor’s consent and in so doing; cropped people’s wages and pensions; caused massive unemployment and bankruptcies never seen before; raised taxation on the poor with long charity food line ups; introduced parliamentary bills to bailout a corrupt banking system with billions of taxpayers money as handouts; I object to the politician’s approval in parliament authorizing banks to make people homeless; but I also object to the fact that the government has failed to send any of those criminal bankers and economic assassins to prison! 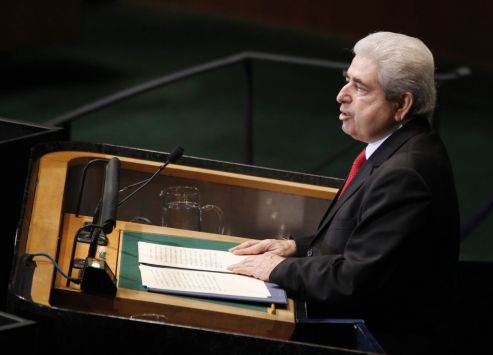 After five years of austerity measures citizens can reasonably ask: what happened to those billions and billions of Troika loans and those billions the government stole from people’s bank accounts? When the Finance Minister was asked recently what happened to the billions of people’s cropped money to save the banking system, his reply was shocking, ‘I refuse to enter into such a discussion and I am not prepared to analyze and explain the past’, he replied arrogantly.
Without transparency, the government refuses to explain to the population, where and what and who swallowed the stolen hard-earned billions of the depositor’s accounts. To the dismay of everyone it also has failed to hold accountable those that triggered the collapse of the economy. Even the Auditor General was forbidden to do his duty with an internal investigation of the greatest robbery of the century. Meanwhile the country faces an estimated 100 (+-) billion deficit to be paid by the taxpayer!
This is the type of government and politicians the country produces. Yet, citizens are asked to vote next Sunday, 28th of January for the same shameless system and same politicians that ruined the nation. I will not be an accomplice to such a crime but I will cast a protest vote for “none of the above”.
“What good will that do?” people ask with shock at my decision; a decision they claim only helps to re-elect one of the big party candidates. I disagree because people’s votes are earned and not an obligation!
Citizenship in a Democracy has to be based on principles to do the right thing but also to have the freedom to voice an opinion in protest against injustice. That opinion however needs to be recognized and taken into account and not simply ignored by the political elite in a pseudo-democracy.
Political dogmatism has always been the scourge of a freethinking citizen who’s not prepared to go with the flow but resists bad politics. Yet, the electorate will go out next week to cast a vote for one of the five candidates knowing that 44% (2018 RIK Polls) of them do not trust politicians to keep their word!
The question beckons: why vote for untrustworthy politicians to govern the country in the first place? Logically, it does not make sense!
It is evident however that in Cyprus no president ever wins in the first round of the elections and the candidates are sifted down to the last two hopefuls to battle it on the second round. This shows that no candidate has the leadership ability and charisma to be translated into majority votes to become the next leader of the country.
This handicap suits the smaller parties splendidly well. Deals are then surreptitiously agreed behind the scenes for political party support in the second round based on promises for a power sharing coalition arrangement. As far as the small political parties are concerned, everyone is a winner!
Under such arrangements of convenience, a president is elected. Actually, elections in Cyprus have become a formality of sorts that power rotates from one big party to another under political arrangements of sorts by exploiting people’s votes. Since no direct democracy or horizontal voting exists, nothing really changes from one election to the next and is repeated five years later.
This would suggest that things seem to be forever changing but in fact forever remain the same! The recognition of White/Blank votes or People’s Veto in the election process would certainly fulfill that political deficiency in a democracy.
Andreas C Chrysafis is a UK published author of five books and over 400 press articles. His latest books “Aphrodite’s Sacred Virgins” and “Andreas C Chrysafis ART –Volume 1” are available to the reading public from bookshops, Amazon and Online book providers. Find more information on author, writer and artist Andreas C Chrysafis @ac_chrysafis