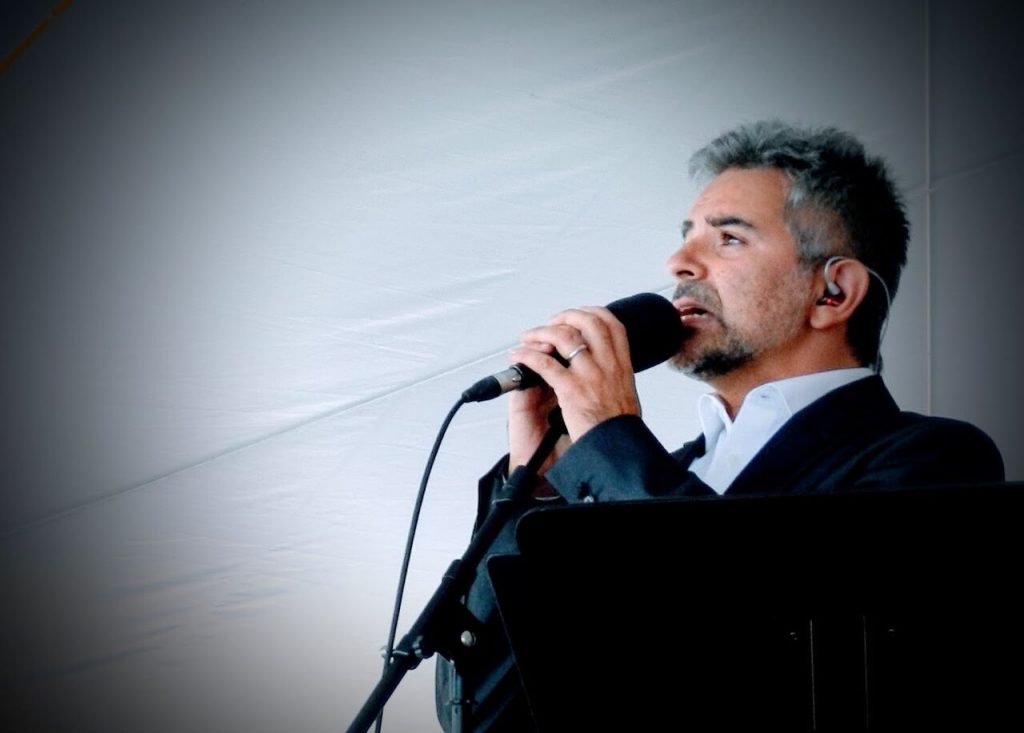 Yannis Fyssas, leader and founder of Dalaras Tribute Band, grew up in Zografou, Athens, and moved to Vancouver, BC, Canada, when he was 12 years old, with his father.

Growing up in Athens, Fyssas could be found sitting for hours playing his guitar and listening to Greek music; especially ‘rembetika’, ‘entexna’ and Asia Minor (‘micrassiatica’) songs.

As a teenager, Fyssas formed his own band and began recording covers and originals right from his bedroom.  This continued into adulthood, where he started recording, producing and mixing his own music, as well as projects for others.

“It is inspiring to be amongst musicians who create music that didn’t exist the previous day,” recalls Fyssas.  “Music requires a creative energy.”

Fyssas continued recording CDs for others and immersing himself in recording studios; tracking, mixing and mastering more than 70 records in a period of 20 years.

While on holiday in Athens last summer, Fyssas had gone to see his idol George Dalaras, sing in Nea Smirni.  The idea of forming a Dalaras-centric band came to him while flying back to Vancouver, and what better name for the band, than Dalaras Tribute Band.

So why is Dalaras Tribute Band different from any other playing someone else’s music, and why would someone want to come watch them perform?

Fyssas and his team have meticulously re-recorded and arranged the music of Dalaras, using the most advanced virtual musical instruments. These include exotic Middle Eastern instruments such as the oud, kanoun, sanutri, lyra, Turkish clarinet, Greek bouzouki, tzoura, baglama and various metallic and wood percussion instruments.

The band perform using this rare recorded collection of instruments and add live guitar, bouzouki, baglama, Cretan laouto, hand percussions and, of course, vocals. The result is an incredibly lush and organic live experience that fuses rebetika, Greek folk music and orchestral sections that would otherwise be impossible to perform live.

Greek Reporter asked Fyssas, why else besides the great techniques that they use, should someone come see the concerts?

“The number one reason to come to our concerts, is because you love Dalaras’ songs, of course.  Dalaras is a master conductor,” says Fyssas.

Due to great success at their last concert in December 2017, the Dalaras Tribute Band will be performing again at the Rio Theatre, at 1660 East Broadway and Commercial, in Vancouver, BC, on Sunday, March 18, 6 p.m. 9:30 p.m.