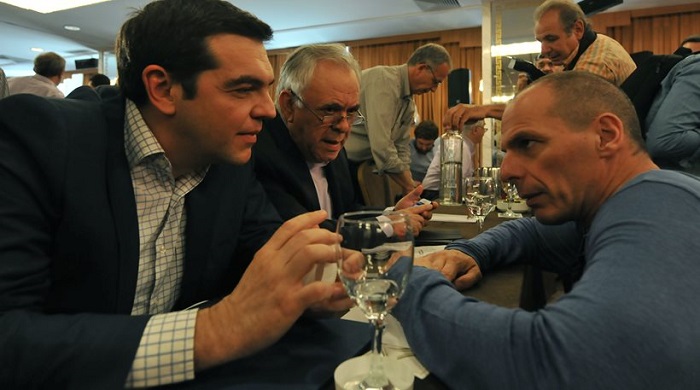 Former Greek Finance Minister Yanis Varoufakis has revealed he accused Prime Minister Alexis Tsipras of being “totally stupid” in accepting a demand by Greece’s creditors for big primary surpluses.
During an interview with Greece’s Parapolitika radio, Varoufakis said when he learned that Tsipras in 2015 accepted, without consulting him, a primary surplus target of 3.5 percent he confronted the premier:
“I told him: ‘Are you totally stupid? What have they given you in return?’ And he replied: ‘Oh, maybe I was stupid. I will retract from the promise’.”
Varoufakis said he actually used a stronger word than “stupid”.
In the same interview, the former finance minister repeated claims that Tsipras did not really want to win in the infamous July 2015 referendum on the bailout.
Varoufakis said he remembered that everyone at the prime minister’s office that evening was sad.
“I do not know when exactly Tsipras decided to capitulate,” he added.
Referring to his successor, Euclid Tsakalotos, he said: “I can no longer recognize him.”
“Euclid became a yes man on July 6 [2015]… Τhe case of Euclid hurts, because I was an eyewitness of his total transformation,” he added.
Varoufakis also confirmed that he still has in his possession recordings of the Eurogroup meetings of the turbulent first half of 2015.