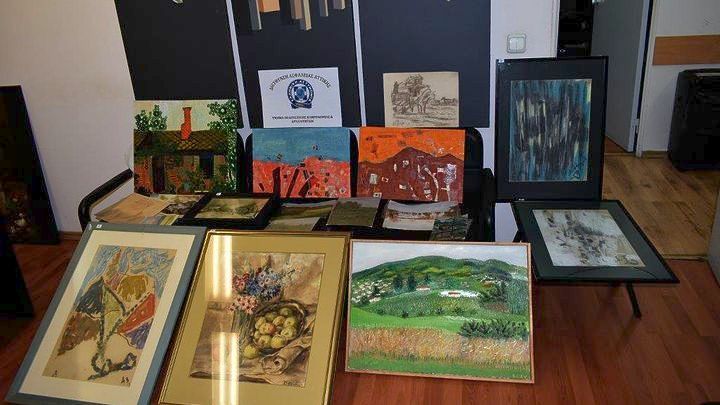 Three valuable paintings by the late Russian artist Anatoly Zverev were among dozens of artworks seized during a recent raid in Halandri, north of Athens, police revealed on Thursday.
A Greek woman facing an international arrest warrant was detained in Tuesday’s operation, suspected of keeping the paintings in two different properties.
In one location, the authorities confiscated 18 paintings — mostly by Russian artists — plus four drawings, five sketches and 230 prints from Russian books.
In the second they found two paintings by Russian artists and the three Zverevs.
Police are investigating the ownership of the confiscated works, which will be evaluated by experts from National Gallery of Art.
Greek police also say photographs of the works will be forwarded to Interpol for further investigation.
Zverev (1931-1986) was representative of Russian Expressionism the 1960s.
Throughout his career he was harassed and persecuted by the Soviet authorities especially as his international success grew.
(with information from Athens-Macedonian News Agency)