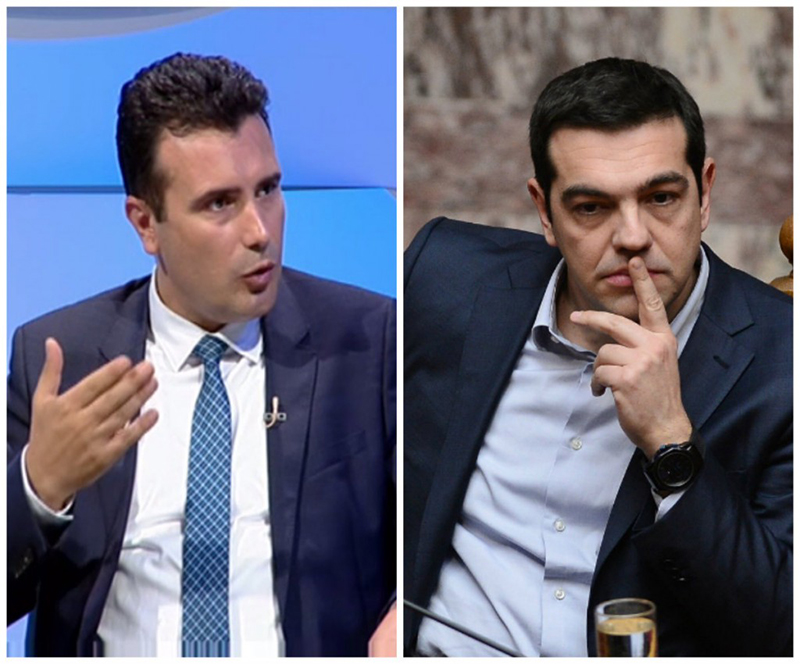 After mounting speculation, it was confirmed Friday that Greek PM Alexis Tsipras will have a formal meeting with his FYROM counterpart Zoran Zaev in Davos, Switzerland, on Jan. 24 to discuss the two countries’ name dispute.
Official confirmation of the meeting came from Zaev who told reporters: “I am an optimist and believe that the two friendly countries, which aspire to be even closer, will reach a solution that is mutually respectable and will benefit the people of both states.”
Zaev said the essence of the talks, the proposals and the framework of the name dispute between the two countries should not be publicly debated so as not to harm the negotiations — an approach that the Greek negotiating team has also enforced.
The FYROM premier insisted that whatever resolution is reached through negotiations about the country’s name, it will be put to a referendum. It is reported that Tsipras is not considering such a move for Greece despite his government coalition partner and Defence Minister Panos Kammenos’ call for a referendum on any deal.
The meeting to discuss the ongoing negotiations being held under the auspices of UN special envoy, Matthew Nimitz, will take place on the sidelines of the World Economic Forum in Davos.
A major protest rally for all Greeks opposed to the use of the term ‘Macedonia’ in any FYROM name agreed upon by Greece in the negotiations has been called for Sunday.