All of us had special toys that we treasured as we grew up but not everyone can say they were presented with a wooden horse by the leader of Greece’s independence movement.
Yet it is special artifacts like the toy animal given by Eleftherios Venizelos to his grandson in 1927 which forms part of a 20,000-strong collection of treasured childhood items living in an annex of the Benaki Museum, Athens.
The Benaki Toy Museum includes dolls in colorful dresses, little toy cars, lead soldiers and puppet theaters.
Opened to the public last year, the collection is based on toys belonging to Greek author Maria Argyriadi, and is one of the most important in Europe.
The array of books, toys and clothing are not only Greek but come from the rest of Europe as well as Africa, Asia and the Americas. 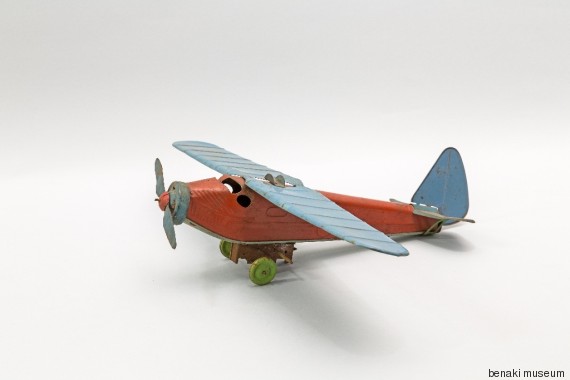 Out of the 20,000 toys in the collection, about 3,000 are displayed alternatively. The exhibition goes through the history of toys with pieces belonging to ancient Egypt, Rome and the Byzantine Empire.
There are also pieces which were sold in festivals and fairs as well as handcrafted items, created by extremely skillful workers.
This fascinating collection reveals an art lost long ago and now being replaced by digital and electronic games which certainly will not be as treasured and, most probably, won’t last as long.

The museum can be visited at Kouloura Mansion on 14 Poseidonos & 1 Tritonos streets, Paleo Faliro, Athens.