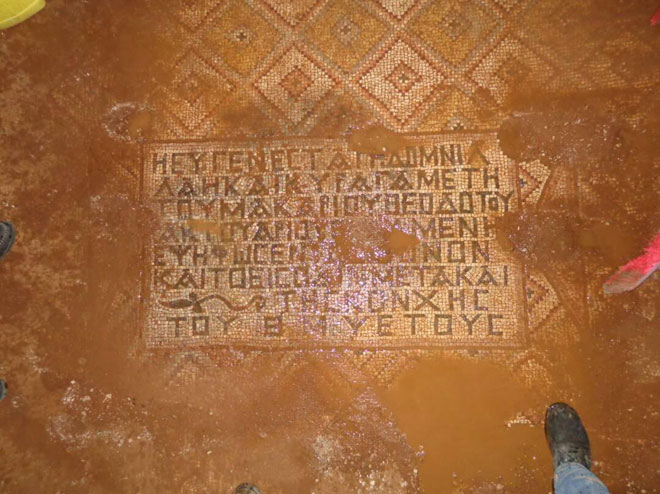 Amid the bloody conflict in Syria, evidence of ancient Greek culture in the war-torn Middle Eastern country has recently been unearthed.

Three Byzantine mosaic panels have been discovered inside an archaeological site during a Syrian army mine-clearance operation in the eastern countryside of Hama in, according to the state-run Syrian Arab News Agency (SANA).

One of the three panels bears a Greek inscription, while the other two have bird and floral motifs. In addition to the three mosaics, a team of archaeologists discovered the foundations of a church nearby.

The head of the Antiquities and Museums Department in Hama, Abdul-Qader Farzat, told SANA the site is a church floor dating back to the fifth century AD.

Excavations started after information about the existence of an archaeological site buried in the vicinity of Uqerbat, located 85 kilometers (52 miles) east of Hama city. 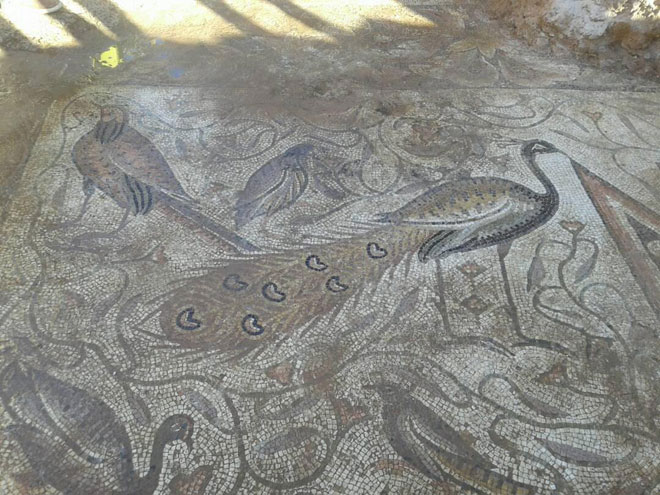 Guide to the Classics: Homer’s Odyssey