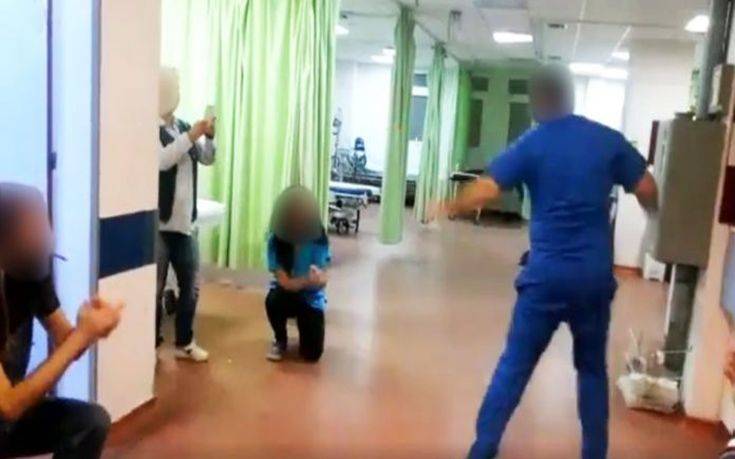 A formal administrative inquiry was launched on Tuesday into a newspaper report claiming that a big party was held by staff at the reception area of Mytilene hospital’s emergency department on New Year’s Eve, that was broadcast live through social media.
Local newspaper “Ta Nea tis Lesvou” said news of the party emerged from hospital employees, who published pictures and videos of the event on their personal Facebook pages, which remained online until Tuesday afternoon.
The pictures show doctors, nurses, employees and security staff drinking alcohol, eating, dancing and smoking in corridors, offices and exam rooms, accompanied by live music from people playing bouzouki and toumperleki.
Others are even seen smashing test cups on the floor instead of plates – in the time -honoured tradition.
According to the local paper, one of the participants is heard in a video saying, “If anybody comes in now, we’ll say we have a patient”, and another female employee who is dancing says, “We’re ready for an x-ray now”.
(Source: AMNA)