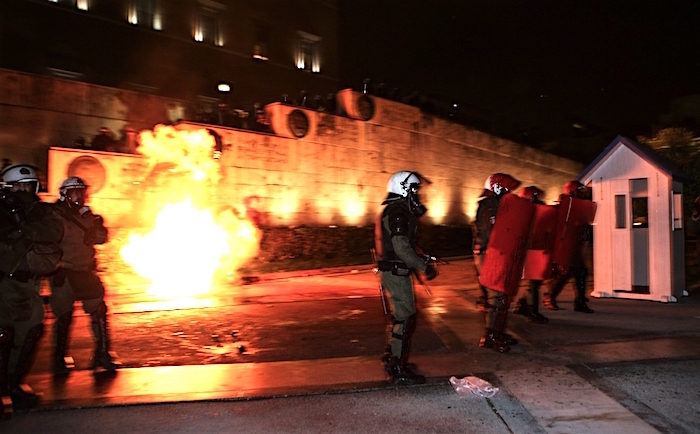 Rioting between anti-establishment protesters and the Greek police occurred outside the Greek parliament house on Monday evening, at the end of the march against the government’s omnibus bill.
Some protesters from the tail of the march threw Molotov cocktails, paint, pieces of cement and stones towards policemen who had formed a cordon outside parliament. Police forces responded with a limited use of teargas and stun grenades in their attempt to push rioters away. 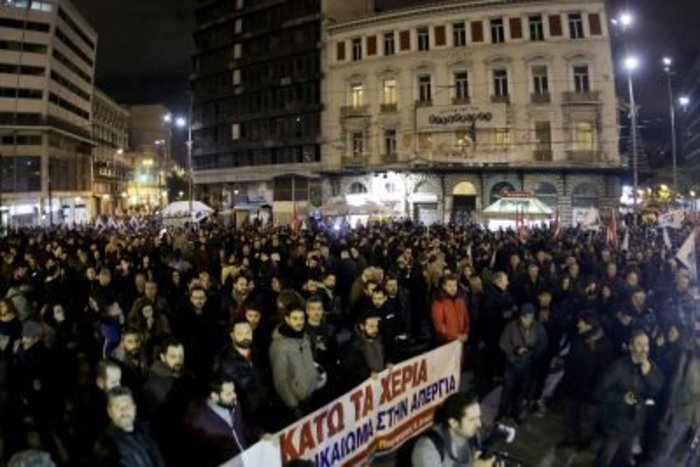 The rioting came at the end of two separate protests, in which a few thousand people participated in two different marches in downtown Athens on Monday evening, just hours before the government’s omnibus bill was to be voted in parliament. 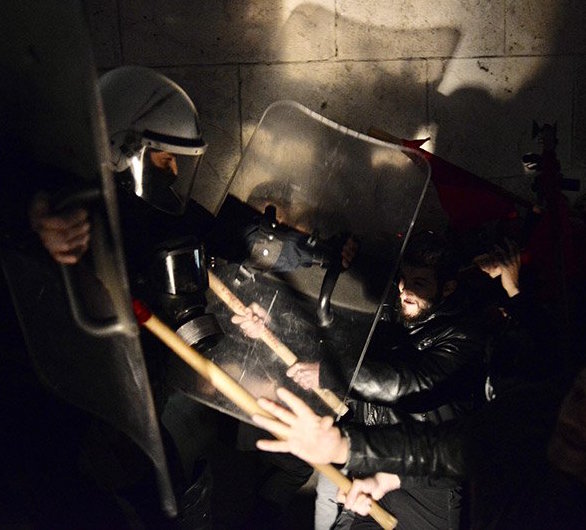 The first march, which started shortly after 5 pm was by the workers’ union GSEE, with a few thousand people gathering in Syntagma square, just a few hundred metres from the parliament house.
Apart from members of the workers’ union, marching were also members of smaller left-wing parties, along with activists from the anti-establishment movements.
The protesters were demanding the withdrawal of the bill article according to which for a strike to be declared, a vote with a simple majority of a syndicate’s members is required. The union claims that this article aims at suppressing a worker’s right to strike.
Another issue the marchers were shouting against was the banks home foreclosure provision which, according to the union, does not protect primary homes for low income loaners.
A separate march by PAME, a Communist party affiliated union, started at 6 pm in Omonoia square, a few kilometres away from parliament. The protesters were marching towards the parliament in opposition to the entirety of the omnibus bill.