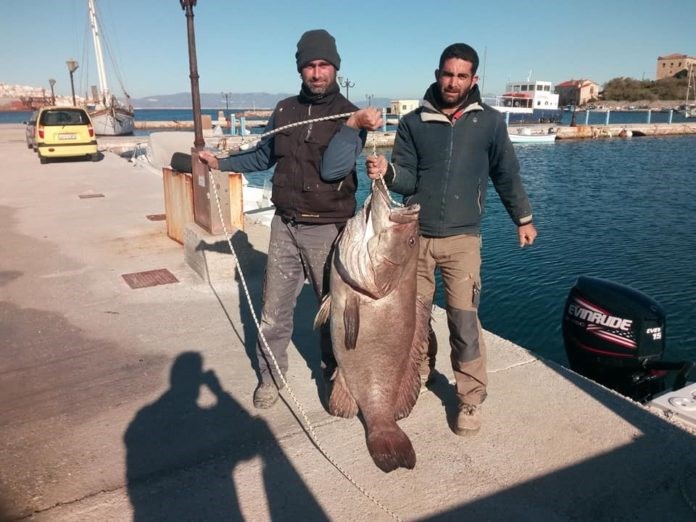 Two Greek fishermen caught more than they bargained for this week, with an epic offshore battle eventually netting a monstrous sea bass.
The pair — caught on video broadcast by Cyclades24.gr — netted the giant fish off Syros island on Thursday.
Their huge catch put up a titanic struggle, but was eventually hauled onboard.
When the duo finally managed to pull the giant fish out of the water, they could not believe its weight.
Another surprise awaited them when they went back to shore saw that it tipped a mammoth 63 kilograms on the scales.
Despite this epic catch, they lucky pair still have some way to go to beat Edward Llewellen who claimed to have the world’s biggest black sea bass, caught at 425 lbs. (192.7kg) at Catalina Island, California in 1903.