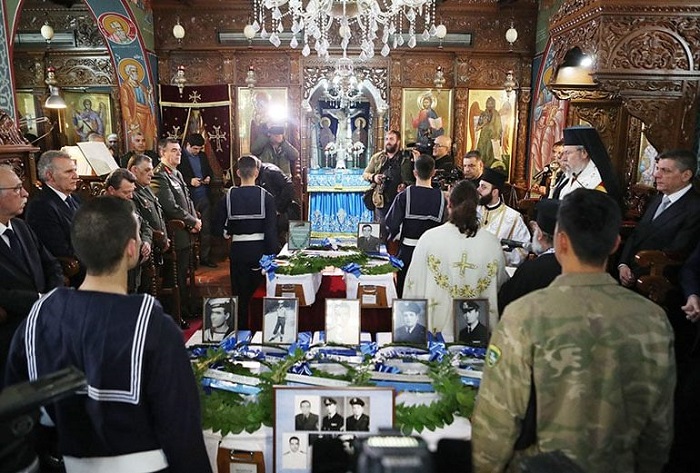 An emotional ceremony took place in Cyprus on Tuesday as the remains of five Greek nationals who lost their lives in the infamous 1964 Turkish air attack on the patrol boat Phaeton were returned to Greece.
The five men had been part of a top-secret naval mission to protect the Cypriot coast from attack during rising violence over the island 54 years ago.
One of two patrol boats secretly commissioned to help defend the island in case of attack, the Phaethon — accompanied by another craft, the Arion — had set sail incognito from Greece, manned by a mix of volunteers and conscripts.
In the Battle of Tillyria on Aug. 8 1964, the Phaeton — outgunned and damaged — was bombarded by Turkish jets for almost an hour, causing several casualties and costing its commander, Greek second lieutenant Dimitrios Mitsatsos, his right arm.


In a Real FM interview in January 2016, Greek Defence Minister Panos Kammenos confirmed that Mitsatsos had been “ignored by the Greek state” as his injury plus the covert nature of his 1964 mission meant he was unable to continue his naval career.
-Missing persons
The five remains returned to Greece today were those of: Lieutenant Panagiotis Chrysoulis from Athens; Piertis Nikolaos Kappadoukas from Skopelos; Plutarch Spyridon Agathos from Corfu; Antipaspostor Panagiotis Theodoratos from Kefallinia; and Plutarch Nicholas Panagos from Arcadia.
The remains of crewmember Antipaspisist Nikolaos Niafas from Lamia were repatriated to Greece last year and the Phaeton’s sole Cypriot sailor Akis Filatas were buried in Morphu. 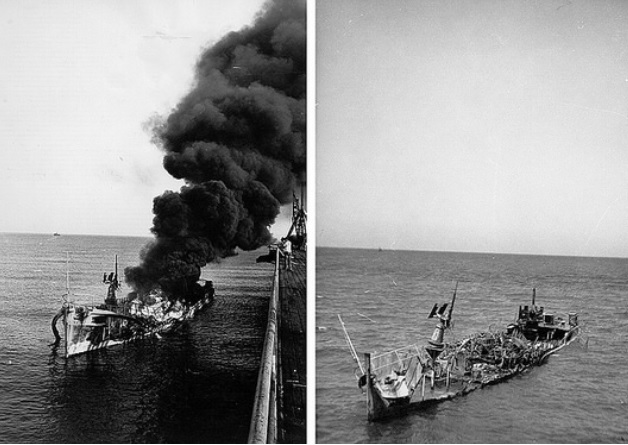 Greece’s Alternate Minister of Defence Dimitris Vitsas represented the Greek government at the event in Nicosia. On Monday he was quoted by the Cyprus News Agency as saying all parties to the missing persons issue from the Cyprus conflict “need to cooperate and coordinate at the highest level”.
The UN-backed Committee on Missing Persons in Cyprus (CMP) estimates there are 1,510 Greek Cypriots still unaccounted for from the island’s conflict as well as 492 Turkish Cypriots.
Excavations by the CMP have reached almost 1190, with 1,127 sets of human remains found.