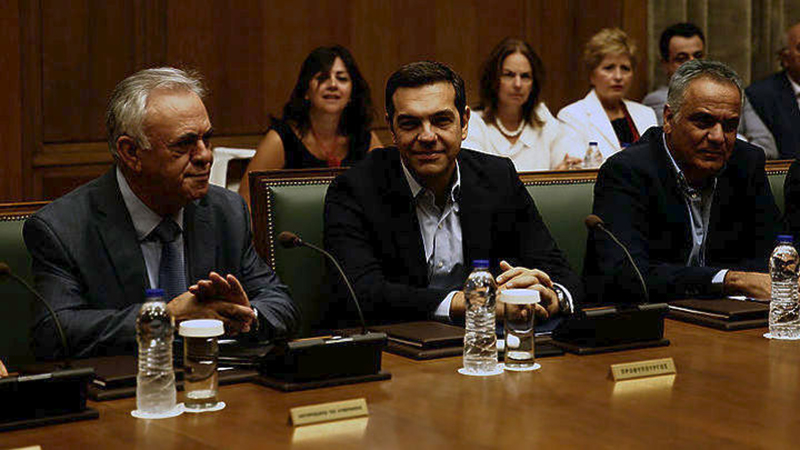 Alexis Tsipras‘ non-stop optimistic political message of the past two months, about  the country’s clean return to the financial markets, was repeated on Monday during a cabinet meeting.
The third programme review will be concluded without additional fiscal measures, Tsipras said and added that the Greek economy has embarked on a recovery phase.
“All the signs point to a return to the markets”, he said and added that the bailout programmes will end in August together with the foreign supervision of Greece.
The PM talked about strengthening “the social classes that we want to express and represent,” adding that “this bias” towards the less privileged will not lead to a new division in society.
On the contrary he claimed, it will unite all citizens behind a single growth plan, because sustainable development cannot be achieved without reducing inequalities.
Main opposition New Democracy (ND) spokesperson Maria Spyraki responded to the speech by accusing Prime Minister Alexis Tsipras of “audacity”.
“Tsipras does not live on an island, he is not entitled to large family benefits, EKAS benefits, is not paid based on a special salary scale nor is he in need of a heating allowance,” she said.
If any of the above were the case, she added, he would not have the audacity to claim that his government had not take any additional fiscal measures in 2018.
Spyraki advised the PM to examine the recently passed 2018 budget, saying that this included 1.9 billion euro of additional measures to be taken in 2018.