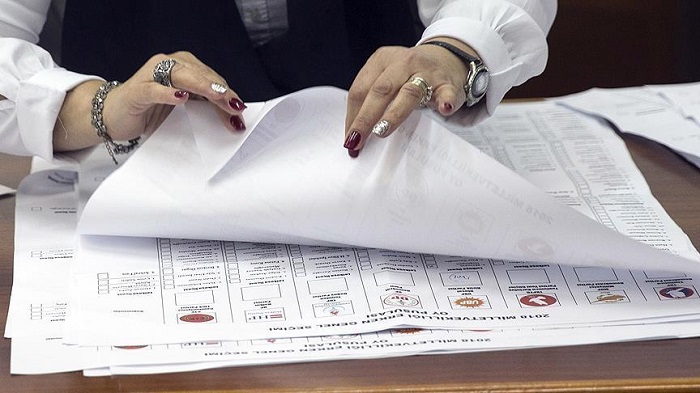 No party has bagged enough votes to emerge as the ruling party in snap parliamentary elections in the self-proclaimed Turkish Republic of Northern Cyprus, which may lead to a coalition government, according to unofficial results Monday.
The National Unity Party (UBP), led by current Prime Minister Huseyin Ozgurgun, got the most votes with 35.44 percent out of the 93 percent total votes counted so far, Supreme Election Committee head Narin Sefik said.
Six of the eight parties running in the elections surpassed the 5 percent threshold needed for representation in the parliament.
The eight parties are the National Unity Party (UBP) and the Democrat Party (DP) — who make up the current coalition government — plus the Republican Turkish Party (CTP), Communal Democracy Party (TDP), Peoples’ Party (HP), Communal Liberation Party-New Forces (TKP-YG), Nationalist Democracy Party (MDP) and the Renaissance Party (YDP).
An election threshold of 5 percent applies in the republic, which has over 190,500 eligible voters.
Since the last general elections of January 2013, the self-proclaimed Turkish Republic of Northern Cyprus has had three coalition governments led by three different prime ministers.
Source: Anadolou Agency