GRNews
GreekReporter.comGreeceEpiphany 2018: The Blessing of the Waters in Chania, Crete (Photos &...

Epiphany 2018: The Blessing of the Waters in Chania, Crete (Photos & Video)

By Gabi Ancarola
January 6, 2018
Facebook
Twitter
WhatsApp
Linkedin
Email
Springtime temperatures and plenty of sunshine were the backdrop of today’s Epiphany celebration in the city center of Chania, in Crete. 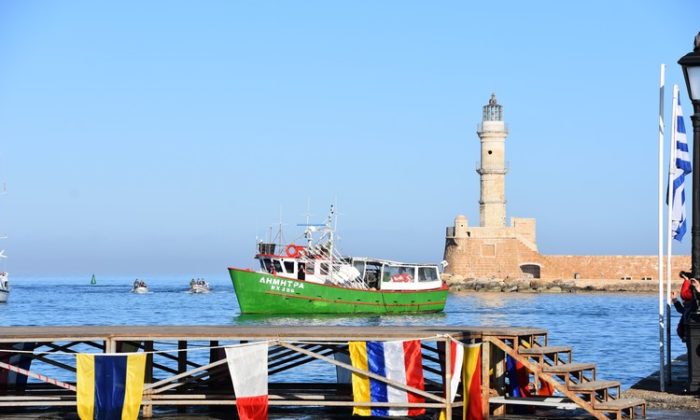 On January 6, the Greek Orthodox church celebrates the day that Jesus was baptized by John the Baptist in the river Jordan. Epiphany is called Theofania or Ta Fota (and you can read more about this tradition here). 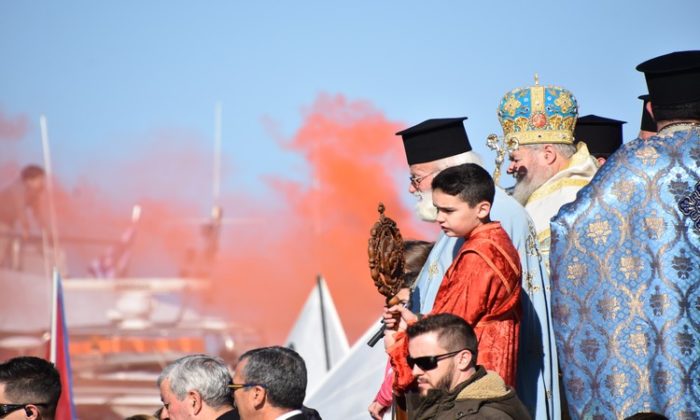 The ceremony started early this morning with a Holy Mass celebrated in the Cathedral of the city, Panagia Trimartyri, on Chalidon Street. At the same time, a group of men and a woman were getting ready at the old Venetian port to dive into the cold waters and retrieve the cross, in the hope of a blessed 2018. 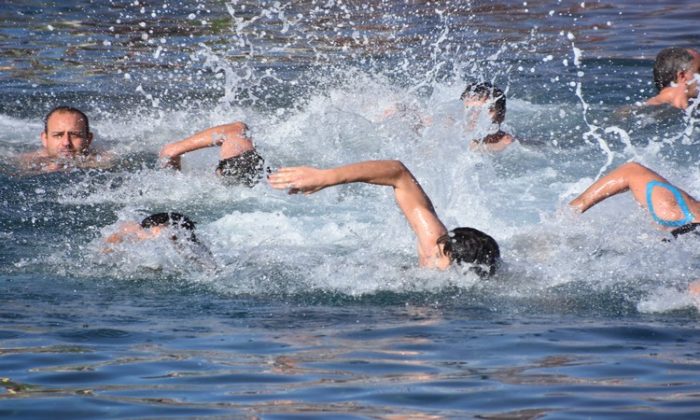 The tradition wants the priest to throw the cross into the water three times, so there were three lucky men who were granted a special blessing for the year that has just begun. All the ships, small yachts, and fishing boats gathered at the old port also received their blessing for a safe and prosperous year. 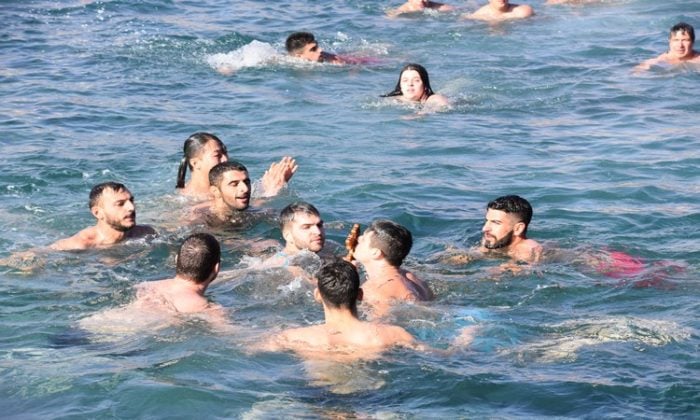 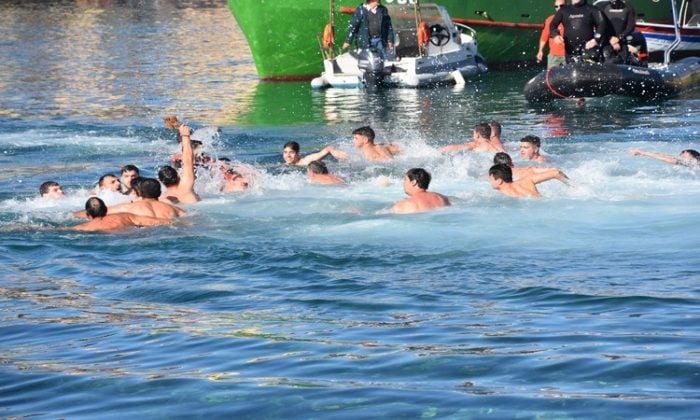 Greek Reporter talked with one of the lucky founders of the Holy Cross, Markelos, who is 20 years old. Markelos told us it is his immense faith in God and in the Orthodox church that makes him decide to take part in this celebration. This is his second year and his first time getting the cross.

We also talked with Giannis Katsigarakis, who will be 69 this month and who has been a winter swimmer all his life. He confessed he was really close to the cross at a certain point, but, he explains: Younger kids swim faster. He was proud all the same and excited to count on the support of children and wife. The day continued with joyful gatherings and celebrations on the streets of the old town in Chania.