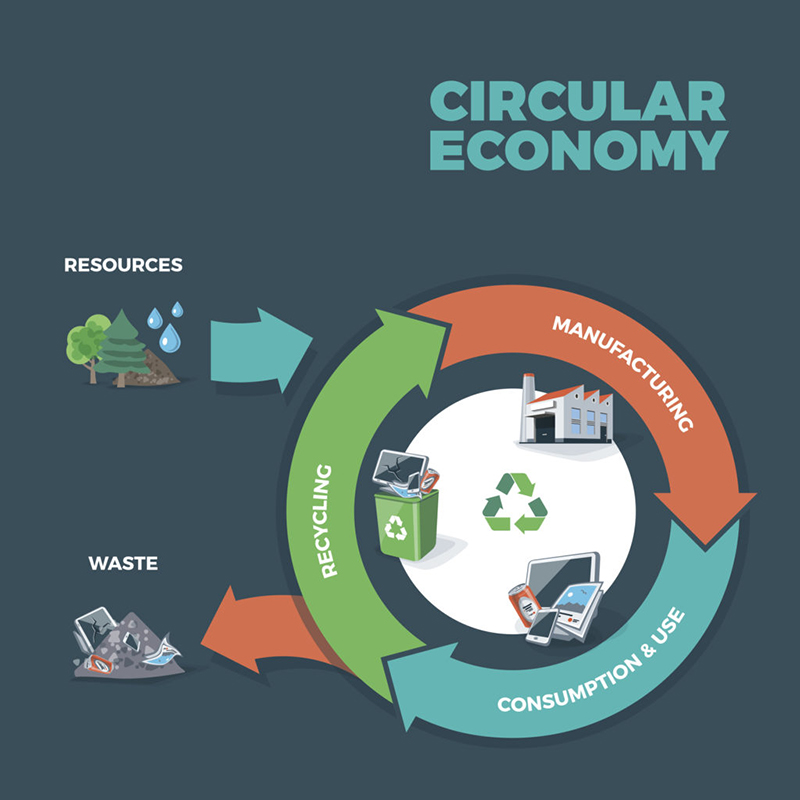 The Hellenic Federation of Enterprises (SEV) called on the government to adopt a plan for the transition to a circular economy, as proposed by the European Commission, saying that an exit from strict economic supervision should not lead to complacency and a return to the problematic economic model of the past.
“The closure of a cycle of painful sacrifices for all Greek people and businesses must not make us carefree, attempting a return to the practices of the past that have led us to bankruptcy through the expansion of the State and the loss of international competitiveness of the economy,” the union said in its weekly bulletin.
“In this context, the change of growth model and mentality and the adoption of new trends, such as that of the circular economy, remains a challenge in 2018,” it added.
The circular economy covers the full life-cycle of products- from production and consumption to waste management and the market for secondary raw materials- aiming to use resources in a more sustainable way.
The union said Greece is  significantly lagging behind other EU countries in the adoption of circular economy models, citing the newly imposed charge on plastic bags, mostly concerns recycling.
Source: AMNA