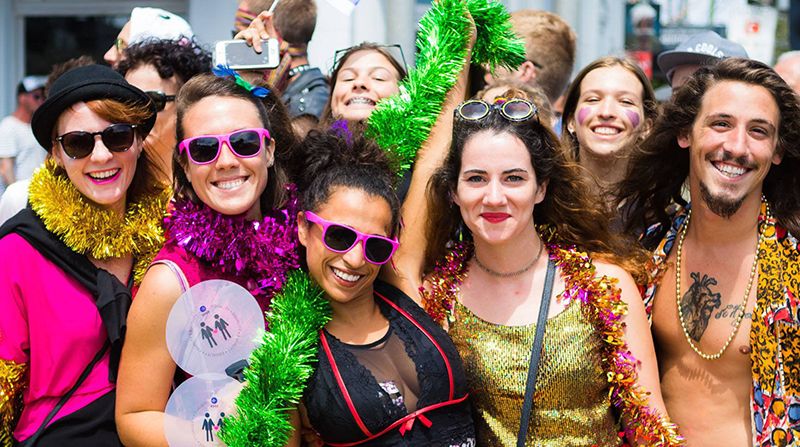 The Greek and Gay Support Network invites the Greek community to participate in the 2018 Pride March, one of the key events of the annual Midsumma festival.

This year’s march will have a particularly celebratory tone, coming after marriage equality becoming law in Australia.

“By way of celebration of these achievements we would like to invite leaders within the Greek community as well as Greek leaders in other segments of the broader Victorian community to march with us in 2018,” reads a statement issued by the Network.

“We believe that this gesture will further enhance and cement the involvement of GLBTI Greeks within the broader Greek community and improve relationships within Greek families.”

The Greek and Gay Support Network began in 1995 and for the last 22 years has provided support and social services to GLBTI (Gay, Lesbian, Bisexual, Trans and Intersex) individuals from a Greek background, providing support meetings, hosting Greek events and participating in Midsumma Carnival and Pride March.

The theme for the Greek and Gay Network’s participation in the 2018 Pride March will be “kai sta dika mas”, a Greek expression meaning “let’s welcome it for ourselves.”

The Midsumma Pride March is set to take place on on Fitzroy Street, St Kilda Sunday 28 January 2018 from 2.00 pm onwards .