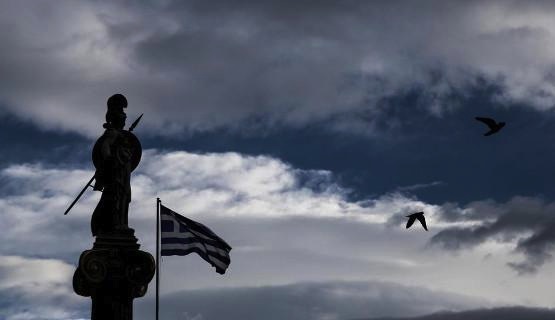 One of the (vague) election pledges of Alexis Tsipras was that his administration would restore the lost dignity of Greeks. That was also one of his slogans when he was negotiating with creditors before he brought back more of the austerity he was supposedly fighting against.
But reality is more cruel than any idealistic beliefs, and dignity was the first thing many more Greeks lost. Especially when their prime minister was parading summits and EU meetings begging for debt relief in the first two years of his rule. And when he found out that creditors were not willing to forgive the state debt at a time they were giving more loans to Greece, he changed his tune and proceeded with overtaxing every Greek that had an income.
But 2017 was the worse. Because the tax avalanche that started on January 1rst, gave a final blow to the consumer power of the average Greek. Prices went up in food and drink, fuel, telecommunications, electronics due to direct and indirect taxes. Pensions were slashed further, while at the same time many businesses shut down, unable to shoulder the new tax burden, adding to the army of the unemployed.
In the first months of the year, milk and bread sales dropped by 5%-7%, while the prices of simple items like candy bars and beer became luxury items for many households. Fathers saw their dignity robbed off of them when they could not afford a chocolate bar for their kids.
Also, in 2017 hundreds of Greeks lost their homes because of debts to the state. The humiliation of those seeing their homes auctioned, and the fights between police and solidarity groups trying to stop the auctions became pictures that were far from having anything to do with dignity.
And despite what many cabinet members or MPs say on television, people still look in the trash for food or items they could use. The homeless you see in certain spots in your city, are still there. Again, despite what officials claim.
The vast majority of pensioners lost more of their dignity along with chunks of their pensions. The tradition of the grandfather buying presents for his grandkids is about to be gone as many Greek pensioners cannot afford that anymore.
The heavy taxes drove more people to debt. This was the first year that a big percentage of Greeks paid their income tax, property tax, or road tax with their credits cards. Not because Greeks are used to pay by credit or debit card, but simply because they had no funds to pay their tax dues.
This was also the year when 320,000 Athenians waited literally for hours in long lines to submit the paperwork needed to get electronic monthly passes for public transport. There was no dignity in the faces of the people in the endless lines. There was defeat, helplessness, surrender to the ruthless Greek bureaucracy.
In national matters, Greeks watched passively the Turkish president visit their country and play political games with the Muslim minority of Western Thrace by calling them his “compatriots” and promising to help them any way he can. Or watched their foreign minister kissing up on Recep Tayyip Erdogan by wearing a tie the Turkish president had given him and telling him that by wearing it he was practicing “good diplomacy”. If Mr. Nikos Kotzias did not feel humiliated by his childish, immature, unprofessional words, many Greek people felt ashamed by having that clueless, unsuitable person dealing with national affairs.
Finally, in December, the Greek government closed the year by robbing more of the little dignity most citizens are left with. It was time for the “social dividend“, a one-off handout to low-income families and individuals. Mlillions of Greeks essentially admitted they are poor and applied for the dividend. Of them, 1.3 million received the dividend, an average 554 euros each. The funds supposedly came from increased state revenue, but statistics show that the debt of the state to the private sector (suppliers of goods and services) is much higher than the total amount given for the social dividend. Obviously, the government’s aim was to buy the votes of the recipients in future elections. And most likely, many of the recipients will spend the dividend on dues to the state, but that is another story.
Overall, 2017 was a bad year for Greeks and “dignity” is most likely at the bottom of the list of words they would use for themselves. Polls show that 80 percent of Greek citizens say 2018 will be worse for the economy, and, consequently, for them.