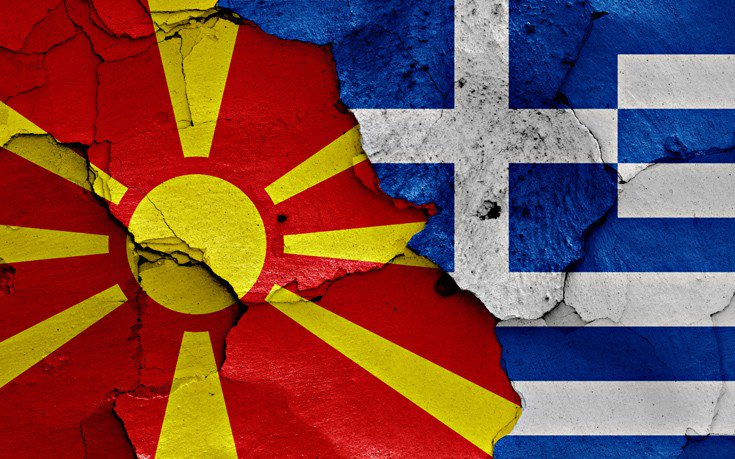 The FYROM name dispute, namely the use of the term “Macedonia” in its name, by the former Yugoslav republic, is the longest standing issue of Greek foreign policy after the Cyprus reunification process.
With representatives of the Greek government, the FYROM government and the UN appearing optimistic that the dispute could be resolved within the next few months after 25 years of stagnation, Greek political parties are publicly bickering over the issue.
Main opposition New Democracy conservatives have been attempting to cause a rift in the coalition government, pinpointing the fact that Defence Minister and junior coalition partner Panos Kammenos, appears set against any resolution that includes the term “Macedonia”.
In fairness, the minister and president of ANEL has on one hand stated that he would not vote for any FYROM name that includes “Macedonia” in parliament, but on the other hand, has asked for a resolution on the issue through a council of all political leaders under the auspices of the president of the republic.
This way, Kammenos has attempted to bypass all apparent rift issues between him and a potential use of the “Macedonia” term his partner; the PM, might come up with, using the council as a way of achieving consensus on the polarizing issue.
Syriza; on the other hand, is trying to deflect any issue about a potential government rift, by using New Democracy’s difference of opinions during its previous administrations. Under the late Konstantine Mitsotakis, the conservatives had favoured a resolution that might include the term “Macedonia” as a geographic determination.
But former PM Antonis Samaras, a more nationalistic figure in conservative politics who had previously disagreed with Mitsotakis when he was in cabinet, has repeatedly refused to accept any terminology including “Macedonia” in a potential FYROM name.
By pinpointing this past discrepancy, government spokesman Dimitris Tzanakopoulos has been accusing New Democracy of hypocritical behaviour. “They should resolve their own position first before accusing the government, which will be discussing the issue through proper channels,” he said.
New Democracy spokesperson Maria Spyraki counterattacked by underlying that the Kostas Karamanlis administration had achieved an international consensus, according to which the resolution of the FYROM name conflict is a precondition for the Balkan country’s entry in forums such as NATO and the EU.
The Greek Communist party too has weighed in on the bickering by claiming that it is the only parliamentary party which has adopted the resolution of the use of “Macedonia” only as a geographic identification in a potential resolution of the FYROM name conflict.