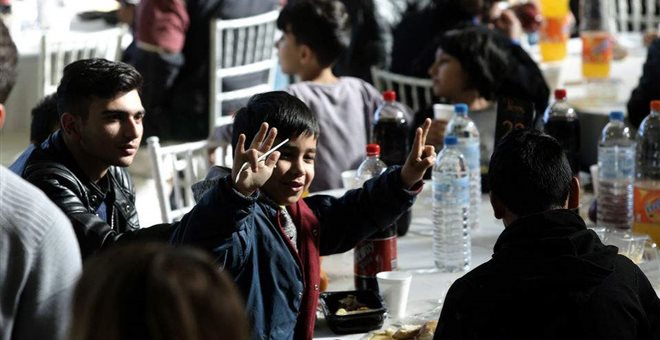 The municipality of Athens opened the doors of an indoor stadium in the centre of the Greek capital, and laid out tables to welcome about 1,000 homeless and poor people on Christmas day.
Employees and volunteers served turkey, salad, soft drinks and dessert to disadvantaged citizens who struggle through the festive season. 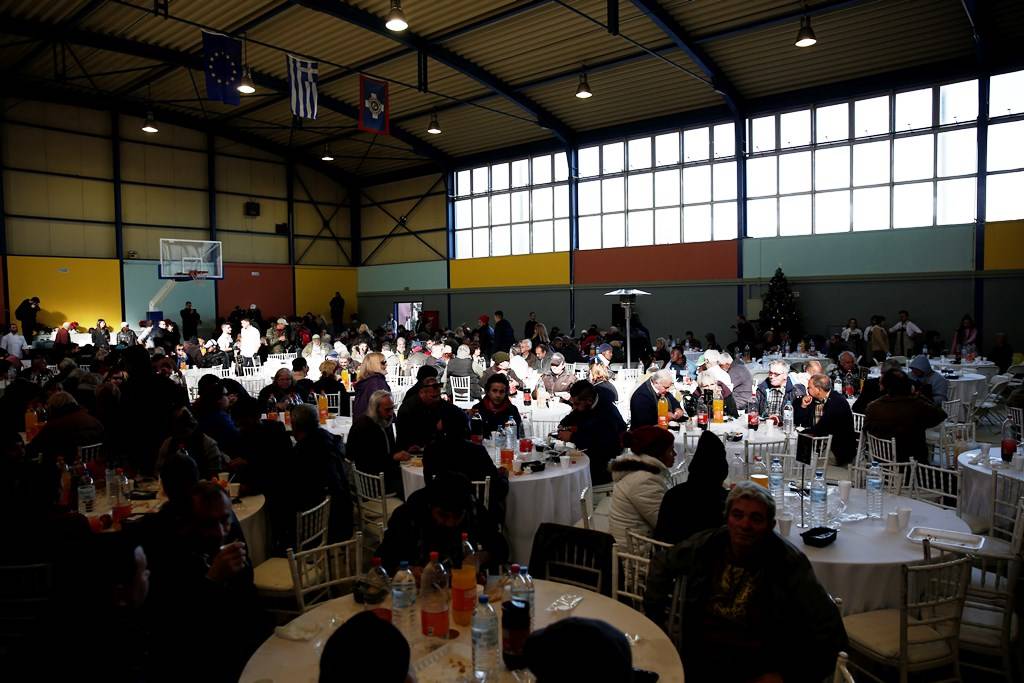 The annual feast has become a tradition in the City of Athens, as well as many municipalities across Greece, in particular during the seven-year debt crisis which has hit the average household hard, and has fueled poverty rates and needs.
People in need who attend the soup kitchens on a daily basis need more than a free festive meal, Eleni Katsouli, president of the City of Athens Reception and Solidarity Centre, told the press during Monday’s event. 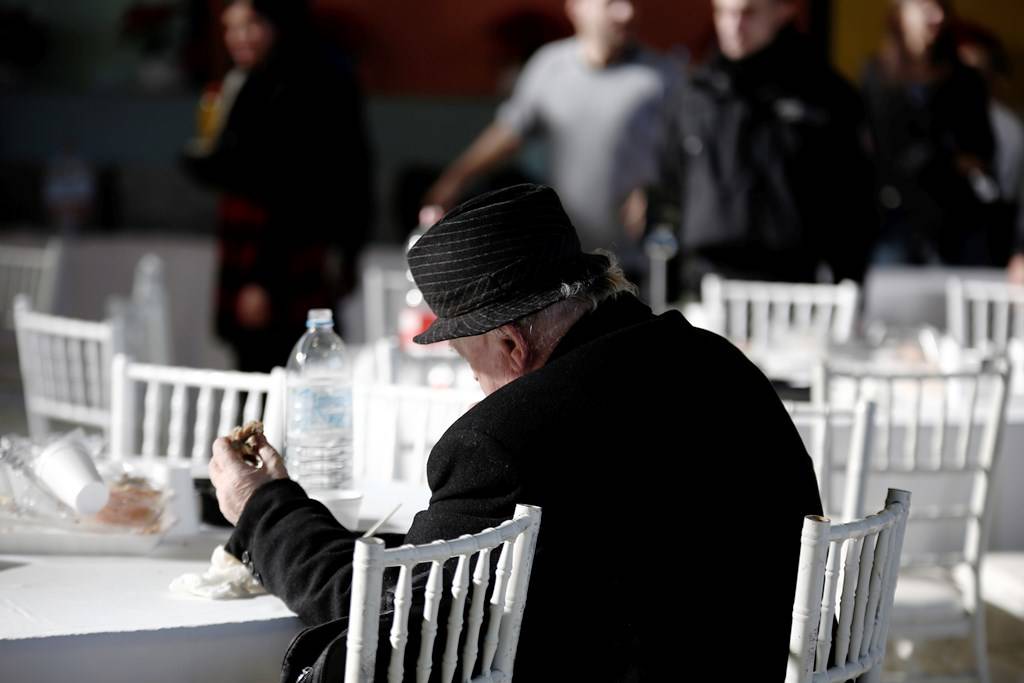 They need to communicate and feel loved, she explained.
The City of Athens will host another festive meal on New Year’s Eve at the same place.