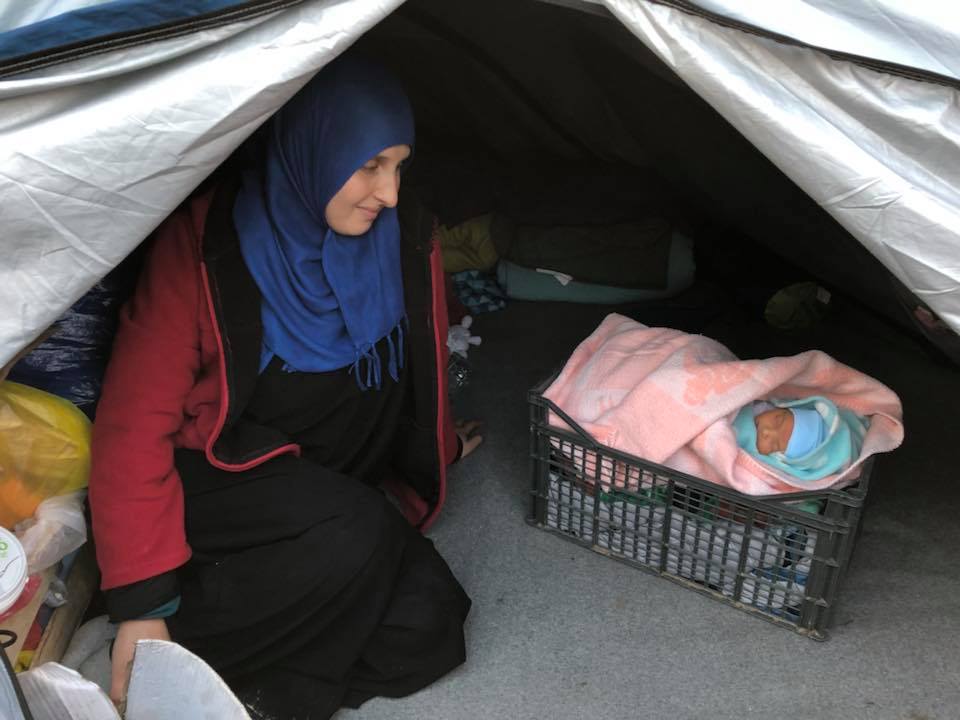 The picture of a refugee baby sleeping inside a fruit crate at the Moria migrant registration camp on Lesvos island, is making the rounds on social media.
The photo, which was taken by photographer Giorgos Moutafis, has gone viral.
A woman from Syria is sitting inside a tent with her four-month-old baby. There is no cradle, no baby mattress, not even a blanket to sleep on. So, the mother wrapped the infant in a blanket and placed it inside a fruit crate next to her.
However, the photographer took action and notified the camp staff. A few hours later he wrote on social media that the four-month-old Rafif and her family were transferred to the Kara Tepe camp.
“Little Rafif and her family found a warm corner at Kara Tepe. Stavros Myrogiannis helped them sleep after a long time on a bed and on a full of stomach.” Moutafis wrote.