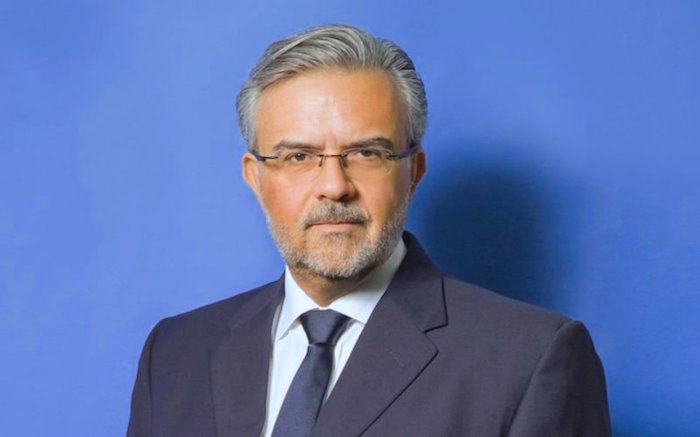 “The banking sector in Greece is at its best since the crisis started in 2009-2010,” Christos Megalou, CEO of Piraeus Bank, said in an exclusive interview to the Greek Reporter.
Speaking in New York to Anastasios Papapostolou, the chief of the biggest bank in Greece, said that “Greece is heading towards normality.”
In 2018 the GDP will be growing, exports have increased significantly and we expect an improvement in consumer confidence.
“As a result you have the feeling that we are most likely at the bottom of the cycle and on the way up,” Megalou said.
Speaking to the Greek Reporter at the sidelines of the Capital Link Forum that took place in New York on Monday December 11, the chief of Piraeus Bank predicted that capital controls, imposed in 2015, will be lifted soon.
“As confidence returns to the markets, a lot more of this easing will take place. 2018 is going to be a crucial year…I expect that capital controls will be lifted,” he said.
Watch the interview below:


Investments, an absolute must

Megalou noted that reforms have been implemented in the last few years, and the current government has implemented legislative measures that boosted those reforms.
However, he added, a lot needs to be done in the area of foreign direct investment, which is an “absolute must for Greece to get faster out of the crisis.”
Piraeus Bank acts as a facilitator for foreign direct investment. “We employ all weapons in our disposal to implement those investments as soon as possible.
“Speed for Greece is of the essence, complacency is a big problem and we believe that action should be taken to get Greece out of the crisis,” Megalou said.
A revamped Piraeus Bank
Piraeus Bank has implemented changes to face the challenges stemming out of the crisis in Greece.
“A key development in Piraeus, which is still ongoing, is the strengthening of corporate governance,” said Megalou.
A totally new Board has been created, with prominent bankers from all around the world. New senior managers have come in to the Bank, with experience working outside Greece.
“It is a new Piraeus, a revamped Piraeus,” he stressed.
The Piraeus chief said that the most important challenge for Greek banks is to address the mountain of non-performing loans (NPLs).
“This is the most important task for me as a CEO of the biggest bank in Greece to clean up the exposure to NPLs…I am absolutely committed to doing that in the next couple of years.”
China and Greek real estate
Megalou spoke of the importance of Chinese investments in Greece, and in particular the Cosco project at the Piraeus port.
He also noted that there is growing interest of Chinese citizens investing in Greek real estate.
Piraeus Bank has launched an auction portal, www.properties4sale.gr, where citizens from all over the world are able to bid and acquire Greek property.
“It is a very successful initiative and it is already yielding very good results,” the Piraeus Bank chief said.
“Being able to invest in Greece is a great opportunity given the low evaluations for both commercial and residential real estate.”
Megalou added that the Bank has already financed some of the acquisitions that came through the portal.
“We are providing up to 70% of financing,” he noted.