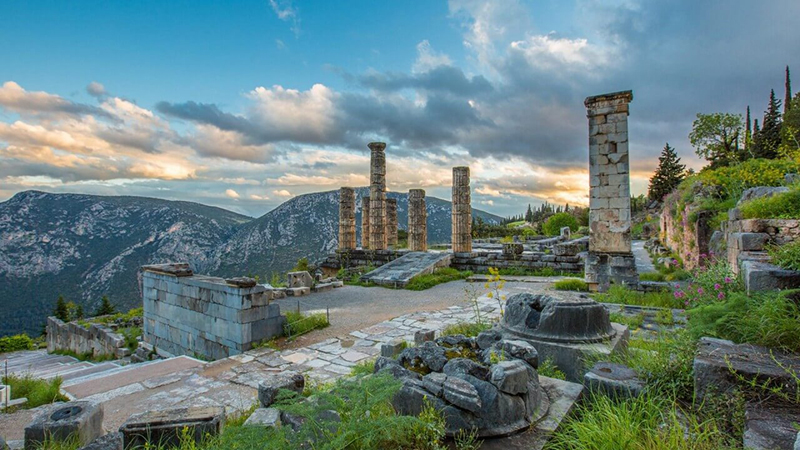 Any runner with a desire to run a long distance race in Greece has a range of choices (Athens Marathon, Spartathlon), all with historic roots, and 2018 will see the inauguration of another majestic race covering the holy Greek ancient cites of Delphi and Olympia.
The Dolihos race combines the ancient sites of Delphi and Olympia, and with a length of 255 kilometres, is even longer than its more established counterpart, the Spartathlon.
While places in the Spartathlon are always in short supply because of its international reputation, entries are still available for the Dolihos, which will take place from the 27th to 29th April. The race is set among attractive and varied scenery, with 60% on dirt roads and footpaths.
The remaining sections are on tarmac roads, including crossing the Rio Antirrio Bridge; which links the Greek mainland with the northern Peloponnese across the Gulf of Corinth, one of the world’s longest suspension bridges at 2.8km.
The total ascent of the course is over 5,400m, and the overall drop is almost 6,000m. The event begins in daylight and runs through the night with 28 feeding stations at regular intervals to the finish in Olympia.
A time limit of 48 hours is set to cover the 255 kilometres and reach the finish line in Olympia; site of the Ancient Olympic Games. Every finisher has the chance to savour the surroundings where the Olympic flame is lit before the Games.
Competitors will be taken from Athens by the organizing team to the start in Delphi, with the return journey four days later from Olympia, after what should be one of the great experiences in ultra distance running.
The Dolihos in the Ancient Games, was the longest foot race on the schedule, but in comparison to its modern counterpart, a mere “sprint” at 4,600 metres.
Participants will also have the opportunity to view the sights in Delphi before the start. The UNESCO World Heritage site has the Temple of Apollo, where they can reflect before departure on the Sayings of the Seven Sages on its walls, including “Know Thyself.”
Source: Run247

Some of the Weirdest Ancient Greek Customs