Car Hits at Least a Dozen Pedestrians in Melbourne (video) 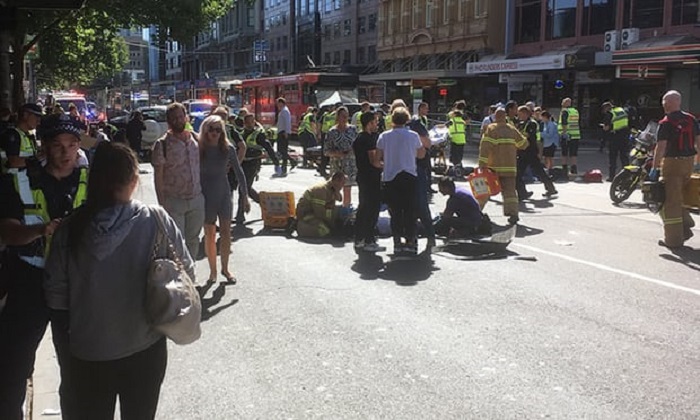 Australian police have arrested two people after a car drove into a crowd in Melbourne on Thursday afternoon.

At least a dozen pedestrians were injured outside Melbourne’s iconic Flinders Street station, shutting down the center of Australia’s second-largest city. 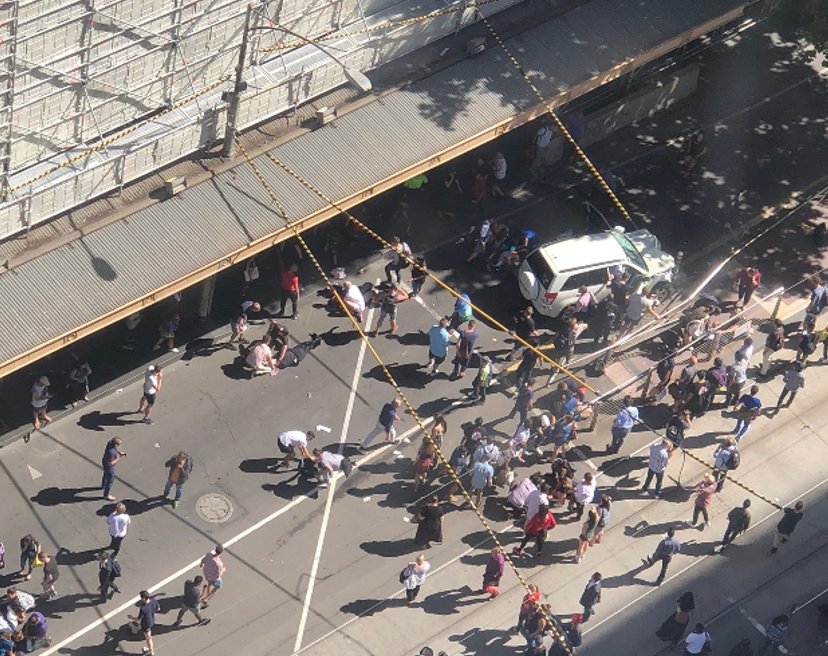 Paramedics have taken 13 people to nearby hospitals, Ambulance Victoria said in a statement. Two others are being treated at the scene.

Flinders Street is one of Melbourne’s busiest pedestrian roads, running between a major train station and the bustling city center.