Albania to Construct Cemeteries for Fallen Greek Soldiers of 1940-41 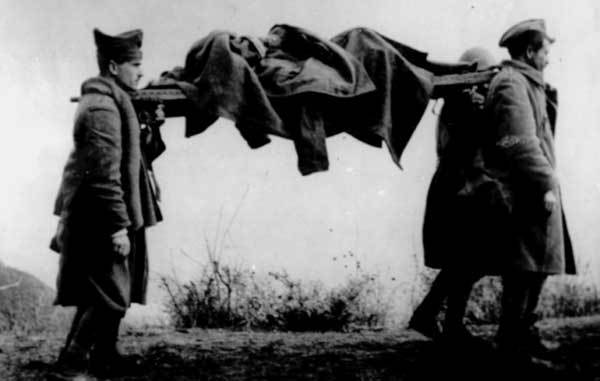 The Albanian government took the first steps to implement the agreement between Athens and Tirana on the exhumation, identification and burial of the bones of Greek soldiers who fell on Albanian territory, during the Greek-Italian War of 1940-1941.
According to an Athens Macedonia News Agency report, pro-government newspapers “Shqiptarja” and “SOT” printed a government decision dated December 13 under the title: “Decision on the Implementation of the Cooperation Agreement between the Government of the Albanian Republic and the Government of the Hellenic Republic for the search, exhumation, identification and burial of Greek soldiers who fell in Albania during the Greek-Italian war of 1940-41, and the construction of cemeteries for them in the Alva territory.”
A commentary on “Shqiptarja” says that the Edi Rama government decided to take the first step towards resolving disputes with Greece, making the decision to build new cemeteries for the Greek soldiers who had fallen in the Greek-Italian war. This is one of the main terms that the Greek government has set out in talks with the Albanian side.
At the January 20 meeting in Korca between foreign ministers of the two countries, the newspaper says, the Albanian side, having this government decision at hand, will proceed to the meeting showing political good will.
In Albania, the newspaper continues, there are two cemeteries of Greek soldiers, in Kleisoura Premetis and in the village of Vouliarates of Deropolis, Argyrokastro. Those were constructed under the previous Albanian administration in 2010 and 2012.
The current decision, the Albanian newspaper says, does not specify how many cemeteries will be built as well as the sites of construction. The government’s decision, according to the newspaper, does not limit the number of cemeteries, nor does it specify their locations.