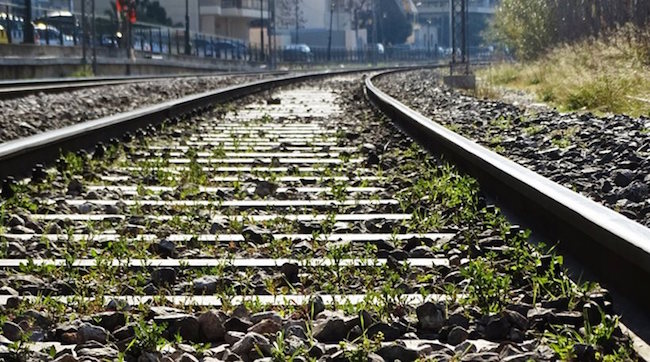 Greek Police arrested 19 individuals, including a Hellenic Railways Organisation (OSE) manager and employees, who worked in a gang stealing railway equipment valued at over 7 million euros.
The gang’s activity, spread in several cities of Greece, began operations on February 15, was presented on Friday at a press conference by Infrastructure and Transport Minister Christos Spirtzis, Alternative Citizen Protection Minister Nikos Toskas, Financial Crimes Police chief Andreas Apostolopoulos and Greek Police spokesperson Ioanna Rotziokou.
Of the 19 arrested after police sweeps in Athens, Thessaloniki, Alexandroupoli, Volos, Pella, Thebes and Lamia, three are Roma who acted as heads of the criminal syndicate, and eight are OSE employees. The latter include a manager of the railways organisation.
Another 11 persons are named in the case, which include two more OSE employees and a Public Power Coperation employee.
The three Roma had set up three companies in Thessaloniki, Volos and Lamia that handled wholesale trade in junk metal and iron. They also used tampered weighing scales in their transactions to claim lower revenue and pay lower taxes.
OSE employees were bribed with anything from 100 euros to 40,000 euros. The loss to the state from stolen equipment and tax evasion is calculated to over 7 million euros.
Authorities confiscated 220 tons of railroad material that belonged to OSE and to the Hellenic Company for Maintenance of Railroad Rolling Stock (EESSTY) – all of which was returned to the railways – and 4 tractor semis, 102,440 euros, 15 gold coins, a check of 8,470 euros and various guns. They are also looking for bank accounts in Bulgaria and Cyprus.
Charges include a range of crimes, from theft of public property to setting up a criminal organisation, money laundering, and bribery of employees.
Unrelated to the gang but related to damage of subway equipment, especially ticketing machinery, ministers Toskas and Spirtzis announced that a force of 200 police would taken over the guarding of the stations from private security companies.
(Source: AMNA)