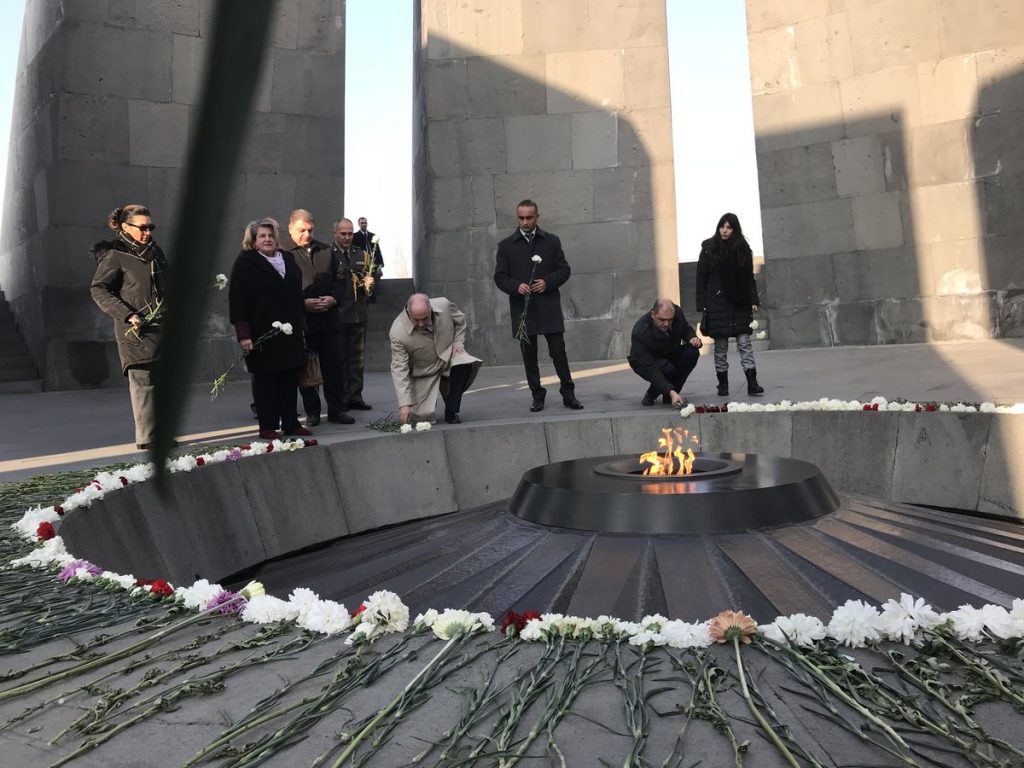 According to Armenpress, the Greek official was accompanied by Armenian Deputy Minister of Diaspora Vahagn Melikyan.

The director of the Armenian Genocide Museum – Institute, Gevorg Vardanyan, introduced the history of the construction of the memorial to the Greek guests.

The delegation laid flowers at the Eternal Flame and kept a moment of silence in honor of the innocent victims.

The Greek deputy foreign minister, who deals with issues of Diaspora Greeks, is in Armenia for the 2nd tripartite meeting of Greece-Armenia-Cyprus on Diaspora.

Along with Cypriot Commissioner for Humanitarian Affairs and Overseas Affairs Fotis Fotiou and the Armenian Diaspora Minister Hrani Hakobyan, Quick stressed the importance of promoting the cooperation of the three countries in their area of responsibility.