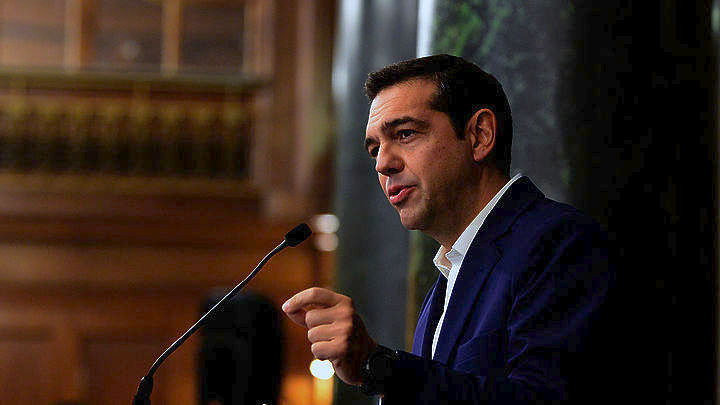 The proposal by European Council President Donald Tusk to scrap mandatory quotas on relocating asylum seekers across the European Union, is “unfortunate, untimely and unnecessary”, Prime Minister Alexis Tsipras said in an interview with state TV channel ERT3, that was broadcast on Wednesday.
He added that Greece will not accept any changes in the current agreement, and that the proposal “has little chance of being adopted” by EU leaders at a summit in Brussels.
He also pointed out that in 2015, Greece was faced with the largest migration wave since World War II.
Commenting on the living conditions on the five islands of the eastern Aegean that receive the most refugees, he admitted the situation is not pleasant and is difficult to manage.
“We have to implement a difficult deal with objectively complicated and time-consuming procedures,” he said.
Tsipras acknowledged the suspicion of local authorities and islanders, adding however, that the government is “on the same side” and urged them to cooperate, because “if the [EU-Turkey] deal collapses, they will be the first to bear the burden.”
He also said there is a plan to decongest the islands.
Source: ANA-MPA