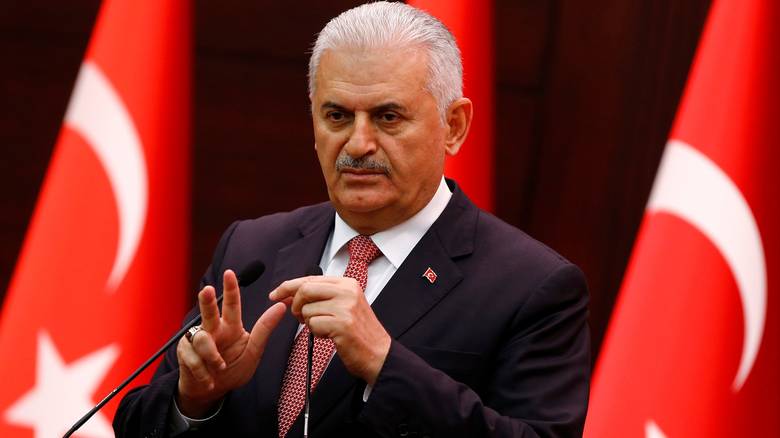 Turkish Prime Minister Binali Yildirim challenged the sovereignty of Greek islands once again, by saying in parliament that 132 islets in the Aegean are in a “grey zone”.
This was in answer to criticism received by Turkish opposition leader Kemal Kilicdarglu, who said in the House that 18 Aegean islands are “under Greek occupation”.
“During our rule, we did not leave one Aegean island stone unclaimed. The first controversy over the Aegean islands was in the Imia crisis, and at the time Turkey showed clearly its position on this issue,” Yildirim said.
Continuing, the Prime Minister of Turkey said: “The Aegean is neither a Greek nor a Turkish lake. The Aegean is not a field of confrontation, the Aegean is an important sea, so that relations between Turkey and Greece are further developed. That is why we will do our utmost to ensure that Turkey’s rights and interests are not compromised to a minimum. Turkey is not a country that will leave something unanswered. That’s what everyone knows.”
As for the Treaty of Lausanne, Yildirim accused Greece of not properly applying it to the minority of Western Thrace. “Although the rights of our compatriots are clearly defined in the Treaty of Lausanne, Greece avoids applying them. It does not even allow the use of the word “Turk”, it does not allow for self-determination, it does not allow the election of muftis,” he said in the House.
The prime minister also defended President Recep Tayyip Erdogan’s stance during his visit to Greece, stressing that the president showed great responsiblity when he told Greece that they do not apply the Treaty of Lausanne for the Muslim minority.