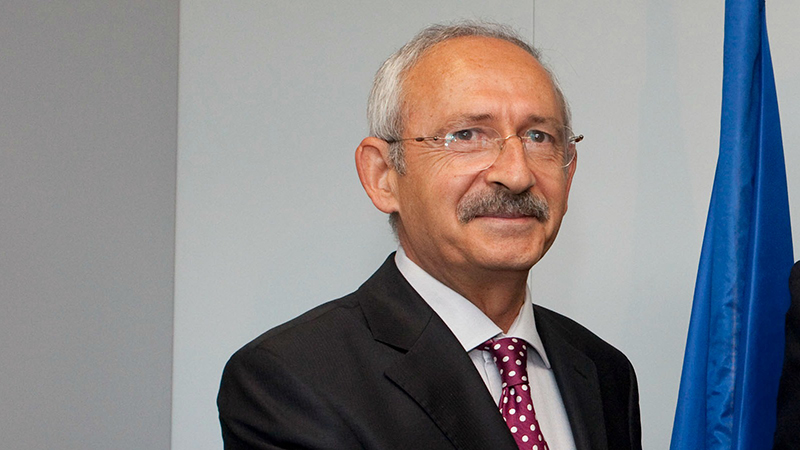 In an interview with a local newspaper, Turkish opposition leader Kemal Kilicdaroglu attacked president Recep Tayyip Erdogan for choosing to dispute the Lausanne treaty and not the “18 Aegean islands the Greeks have under occupation.”
This is not the first time that the Republican People’s Party (CHP) leader is talking about a Greek occupation of the islands; an issue which has turned into an obsession for the politician over the past year.
In an interview with Υenicag newspaper, Kilicdaroglu launched an attack against president Erdogan, saying “show us your university degrees first, and then try to renegotiate the Lausanne Treaty”.
The opposition leader was referring to the Turkish president’s comments during his official visit to Greece, where he said that the 1923 international treaty which rules the relations between the two countries, is obsolete and in need of renegotiation.
As for the reference to Erdogan’s university degrees, Kilicdarglu was mocking the president who told Greek PM Alexis Tsipras during the press conference that he has knowledge and experience of international law, unlike the young prime minister.
Kilicdaroglu has repeatedly mentioned in the past year that Greece is in violation of Articles 12 and 15 of the Lausanne treaty by illegally keeping a force of 5,000 soldiers on 18 Aegean islands.
In his interview, the Turkish leader blamed Erdogan for talking about the treaty, instead of chastising Greece “for the 18 islands it has been occupying illegally”.