The Three Investments that Could Change Greece’s Fate 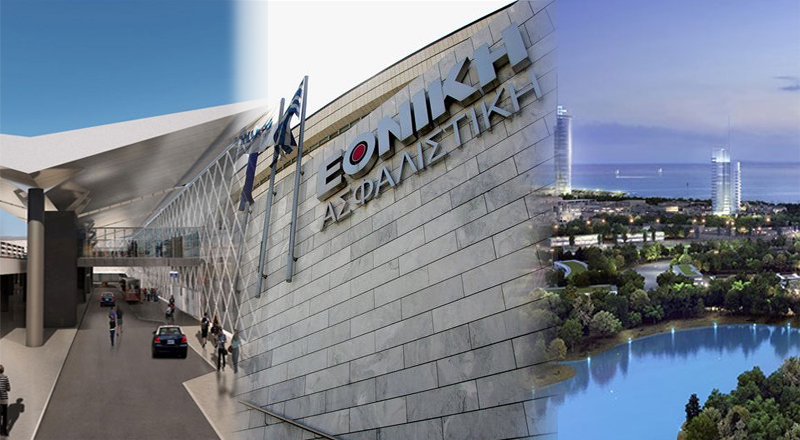 The Greek government’s turn towards realism has raised hopes that foreign and domestic investors would grab the opportunity to transform Greece’s economy and help bring the country out of the decade-old crisis.
Already three massive investment projects are promising to create thousands of new jobs and inject billions into the Greek economy.
Hellinikon Airport
The development of the former Hellinikon airport in southern Athens by Lamda Development aims at the creation of a world class Metropolitan Park covering an area of 2,000,000 sq.m.
The project constitutes the largest urban regeneration project in Europe. The investment amounts to € 8 bn., and is expected to create 10,000 permanent jobs during the construction period and 75,000 jobs during its maturity.
The investment will include a diverse range of residential communities, hotels, shopping centers, family entertainment venues, museums and cultural venues, health and wellness centers.
According to estimates, the investment is expected to contribute to the country’s GDP by 2.4% until the development’s completion date, while contributing a total of over € 14 bn. in taxes to the Greek State over the same timeframe.
Ethniki Asfalistiki
The acquisition of Ethniki Insurance, Greece’s oldest insurer, by American-Dutch consortium Calamos-EXIN is not only a significant investment in its own right, but it could serve as a catalyst for renewed interest of the US investor community to Greece.
Speaking exclusively to Greek Reporter from the Capital Link forum in New York, Greece’s Economy and Development minister Dimitri Papadimitriou stressed that the Ethniki Insurance deal is a private transaction between National Bank of Greece, Ethniki’s parent company, and Calamos-Exin, but it has the Greek government’s full support.
“It is a major multimillion dollar deal that would help the Greek economy and it has our full support,” the minister noted from New York.
The minister also said that the government invites investors to Greece as the Greek Economy is recovering.
The bid by U.S.-based Calamos Investments, which has $20 billion under management, and EXIN Partners won the competition to acquire Ethniki Insurance last summer.
In an exclusive interview with Greek Reporter last September, Calamos Investments CEO John Koudounis said that acquiring Ethniki Insurance “made business sense, but also I was proud to try to help the country in some way”.
He said other Greek-American investors interested in Greece were watching closely.
Koudounis also revealed that the Greek American fund is also looking for other investment opportunities in Greece, and will strive for further growth of Ethniki Asfalistiki.
US Ambassador to Greece Geoffrey Pyatt also spoke to Greek Reporter about the importance of US investments for the Greek economy. Watch the video:


Regional airports
Fraport Greece has already started investing into the development of 14 Greek regional airports.
The development plans foresee the modernization, development and/or expansion of the airports’ infrastructure as the case may be which include works from the refurbishment of existing terminals to the construction of new landside and airside facilities.
In total, Fraport Greece will invest around 400 million in the development of the airports’ infrastructure until 2021.
Major development works to be implemented during the first four years of the concession period include building five new passenger terminals – at the airports in Thessaloniki, Kerkira (Corfu), Kefalonia, Kos, and Mytilene (Lesvos) – and modifications at other airports.
Speaking on the importance of not only announcing investments, but on their fast implementation and activation by the Greek government, Declan Costello, of the European Commission, noted that speed is of the essence on realizing and approving the planned investments.
“Speed is very important at this crucial moment,” stressed the European Commission representative.