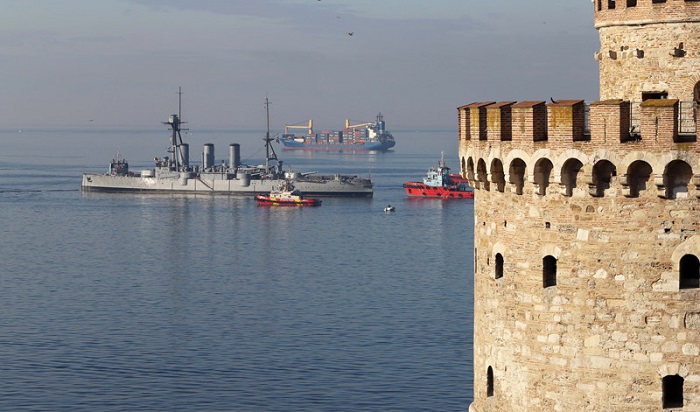 The historic Hellenic Navy battleship “Georgios Averoff” set sail from the northern Greek city of Thessaloniki on Tuesday; after a two month stay, and has begun its long journey back to Athens and its usual berth at the Trocadero quay, in Floisvos Marina.
Accompanying the ship on its 270-nautical-mile journey is the the Hellenic Navy frigate “Elli” and two tug boats. Four tug boats guided the ship out of the port of Thessaloniki, and the waters of the Thermaikos Gulf. 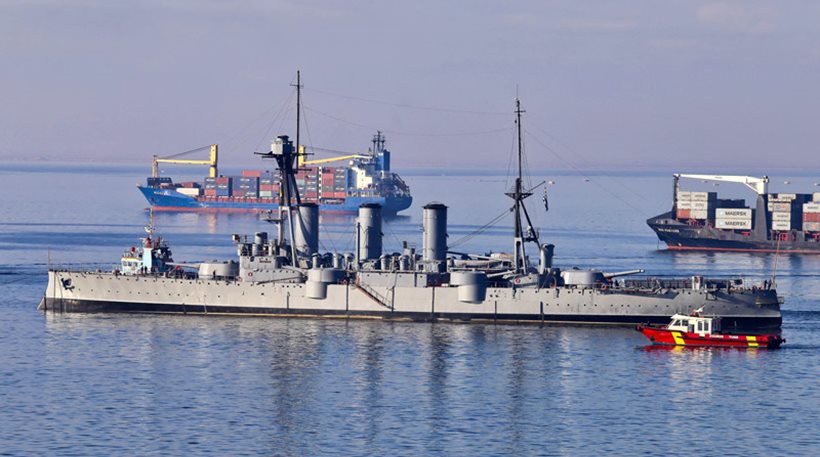 There was no band for the ship’s departure, as there had been when it arrived in Thessaloniki on October 7, but its passage as it pulled away was accompanied by a chorus of car horns, sounded by motorists driving along the waterfront to bid farewell, and people cheering and waving goodbye from the promenade.
During its two-month stay in the city, the historic ship turned museum, received a total of 135,000 visitors – more than the total number of visits in Athens in the last two years – of which 35,000 were children and school parties. 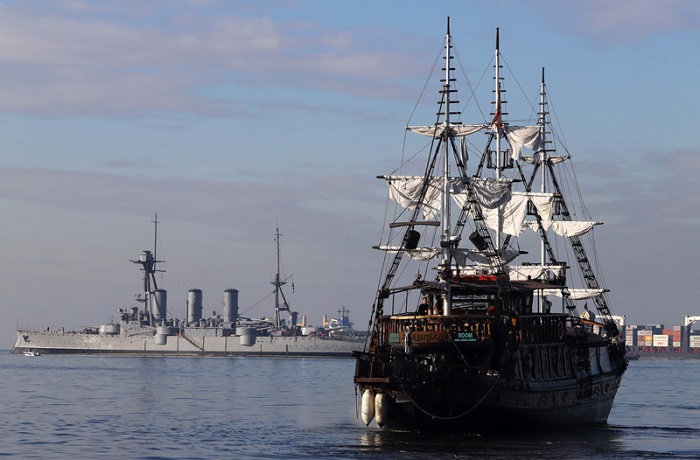 The most historic ship in the Hellenic Navy and the oldest operational steel warship in the world, the “Averoff” had arrived in Thessaloniki in October, traversing the Aegean for the first time in 70 years, for the celebrations of the October 28 national holiday. It was its first long journey from its permanent berth in Paleo Faliro after 1945, with the exception of a short trip to the Skaramangas shipyards in Attica for repairs and its transfer from Poros to Athens in 1986.
Popularly known as a “battleship” but actually the last Pisa-class armoured cruiser to ever be commissioned worldwide, the ‘Georgios Averoff’ has never seen defeat nor lowered its flag, which is the second most historic flag in Greece after that flying on the Acropolis.