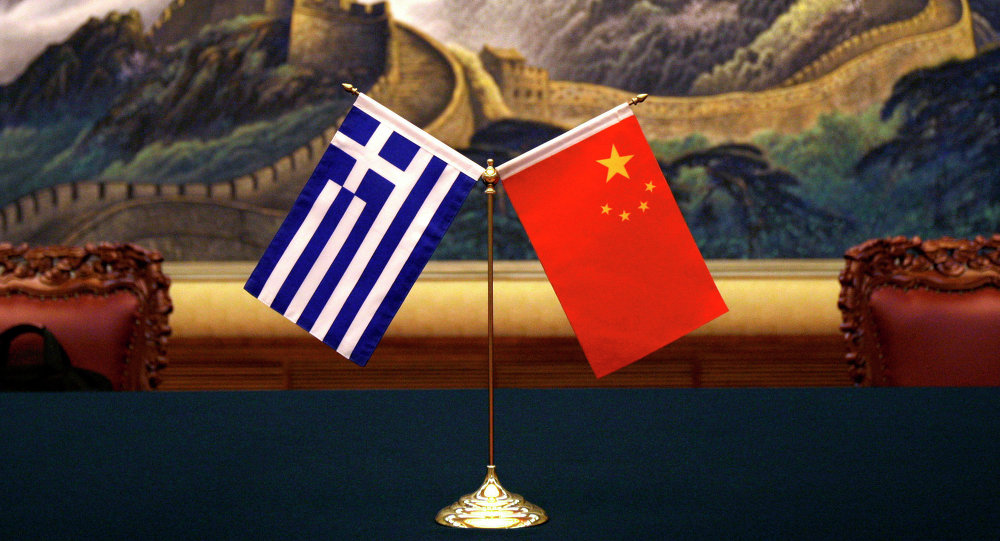 China’s growing presence in Greece through major investments and the purpose of this large scale initiative, is the subject of a new report by the Institute of International Economic Relations (IIER).
The report, titled “Chinese Investment in Greece and the Big Picture of Sino-Greek Relations”, was released on December 4, presenting the investments China has made in Greece in recent years.
To date, Chinese investors have targeted transport infrastructure, energy and telecommunications, the common denominator of these sectors arguably being the ambitious Belt and Road Initiative (BRI). China’s flagship project in Greece is the investment made by COSCO in the Piraeus seaport, one of the fastest growing sea ports in Europe, and worldwide.
The second biggest Chinese investment is the purchase of a 24% stake in Greece’s Independent Power Transmission Operator by China State Grid.
At the same time, a growing number of Chinese companies are involved in the area of renewable energy sources and telecommunications. Tourism and real estate are also becoming increasingly attractive for Chinese investors.
The goals
According to the IIER report, “the growing footprint of Chinese investors in Greece aims at the attainment of at least one significant goal – the construction of a cross-border transport corridor from the Mediterranean to Central Europe. This would then allow China to meet two more strategically important objectives:
(i) the reduction of transportation cost; and
(ii) improved access to and increased presence in the European market, but also to the south of the Mediterranean.”
However, China’s presence in Greece is conditioned by the country’s financial woes. While Chinese investors took advantage of the liberalization of the Greek market dictated by the country’s creditors, some investment plans failed to come to fruition, due to political instability, legal uncertainty, red tape or EU rules on competition.
Case in point is TRAINOSE, the national railway operator. COSCO refrained from purchasing TRAINOSE due to the above reasons.
A noteworthy aspect of Chinese investment in the country, is the close cooperation
between different Chinese companies. The vast majority of Chinese investors present
in Greece are subsidiaries of big state-owned enterprises, i.e. entities with a ‘common parent’. It is clear that an informal web of Chinese companies centred around Piraeus is taking shape, with a considerable potential turnover which is not easy to record.
Cooperation strategy
Future Chinese investment projects are now being discussed in the framework of the
2017-2019 Action Plan, signed by Greece and China in May 2017. However, while
China has a long-term vision, “Greece’s strategy vis-à-vis Chinese investment
seems to be half-baked at present”, as Athens sees immediate financial benefits such as stock sale, fees, taxation and contributions to the national social security system.
Also, in cooperation with China, Athens seems to count on political dividends in its tense relations with the international creditors.
The current government has swerved from adamantly opposing privatisation projects to a pro-investment narrative. “Therefore, three crucial questions that Greece needs to answer are whether:
(i) there is sufficient political will and administrative capacity, so that hurdles to foreign investment in Greece are effectively abolished;
(ii) the potential impact of foreign investment, including Chinese projects, is properly monitored and assessed by the Greek state;
(iii) Chinese investment capital alone can ensure the boost needed by the Greek economy, so that it can crawl out of its current quagmire.
Notably, while a strict interpretation of the FDI definitions may lead to Chinese economic presence in Greece being under reported, China has yet to join the list of the most important foreign investors in the country.”
Greece, Brussels and Beijing
Greece’s debt crisis has definitely contributed to the rapprochement between Athens and Beijing, and the political implications are significant.
Greece has now become a prospective member of the China-led Asian Infrastructure Investment Bank, and expresses a willingness to start talks with the New Development Bank.
In addition, Athens is considering becoming more actively involved in the 16+1 platform for cooperation between China and countries in Central and Eastern Europe.
In what has caused undisguised irritation in the EU, Greece has sided with China on sensitive political issues.
Furthermore, amidst the turmoil in the Mediterranean and the Middle East, geopolitical considerations are also sneaking into the big picture of Sino-Greek relations.
On an array of issues, not least of all the ongoing European debate on screening foreign investment, Greece is walking on a tight rope between EU membership and flexibility with regard to China.