King's College Choir to Make a First Appearance in Athens 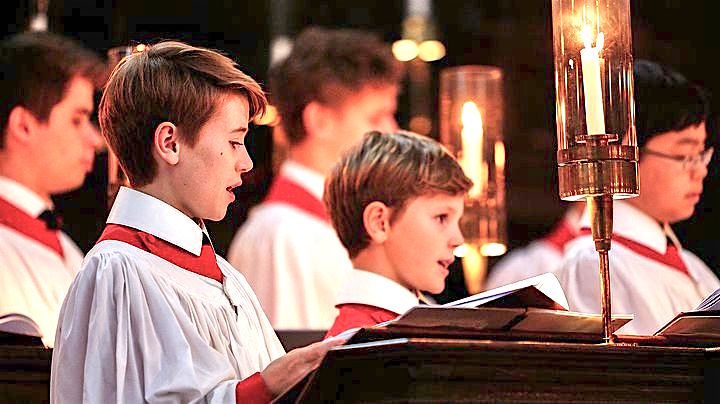 The internationally acclaimed choir of King’s College, Cambridge, will give its first-ever Athens concert on Wednesday, appearing for a single evening at the Athens Concert Hall.
The historic choir; conducted by Stephen Cleobury, will sing Christmas carols and hymns by famous composers.
Stephen Cleobury has been associated with the King’s College Choir; one of the most famous in the world, for over 30 years.
The choir dates back to the 15th century and the reign of King Henry IV; who founded King’s College in 1441. It was his intention that a choir would provide music for the daily offices and celebrations of the Mass.
Apart from singing in the daily services, the Choir’s present commitments go much further, and it participates in a number of high-profile events in the Chapel of King’s College. These include the live radio broadcast of the famous Festival of Nine Lessons and Carols, which is heard by tens of millions of people around the world; television broadcasts of Carols; Easter and radio broadcasts from the festival, and Easter at King’s. Cambridge is the preeminent representative of the British churches music tradition.
King’s College Choir comprises of 16 boy choristers; aged between 9 and 13 years old, and 14 male undergraduates, studying for degrees in a variety of subjects. There are also two organ scholars.
King’s College Choir has been performing abroad since its first overseas invitation in 1936. More recently, tours have taken the Choir to China; Japan; Singapore; Hong Kong; South Korea, and other countries in the Far East.
The Choir regularly visits the USA and East Asia, and has also been to Australia; Canada; South Africa; Bermuda; Brazil, and across Europe.
The concert will be held at the Athens Concert Hall, and will commence at 20:30.
(Source: AMNA)