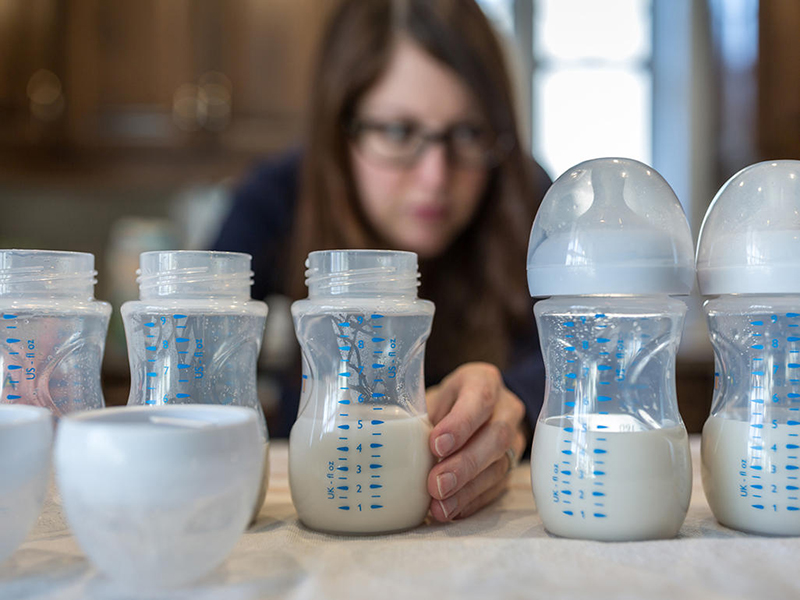 France has banned the sale and ordered a recall of several baby formula, milk and baby food products made by French dairy giant Lactalis, after the discovery of salmonella bacteria.
The products, which have been recalled worldwide, have been available in Greece. They were being exported to China, Taiwan, Pakistan, Afghanistan, Iraq, Morocco, Lebanon, Sudan, Romania, Serbia, Georgia, Greece, Haiti, Colombia and Peru.
Lactalis, the world’s largest dairy company, had not managed contamination risk and has been ordered to conduct a product recall and halt the sale and export of several baby food products made at its Craon plant in western France since Feb. 15.
The recall follows 20 cases of salmonella infection of infants in France during early December, which had already prompted a limited recall of 12 Lactalis products.
Lactalis spokesman Michel Nalet said on BFM Television that the products can be exchanged in pharmacies or supermarkets. He said that any salmonella bacteria would be killed by boiling the milk for two minutes.
The French government has informed consumers by releasing a list of the recalled products.
Source: Reuters

On April 6, 1896, the first modern Olympics were held in Athens, Greece at the Panathenaic Stadium, featuring athletes from 14 countries.
Environment

People who have not visited the beautiful Greek island of Lemnos may consider it a  moonscape due to its arid terrain.