GRNews
GreekReporter.comGreeceAEK Athens to Face Dynamo Kiev in Europa League Round of 32 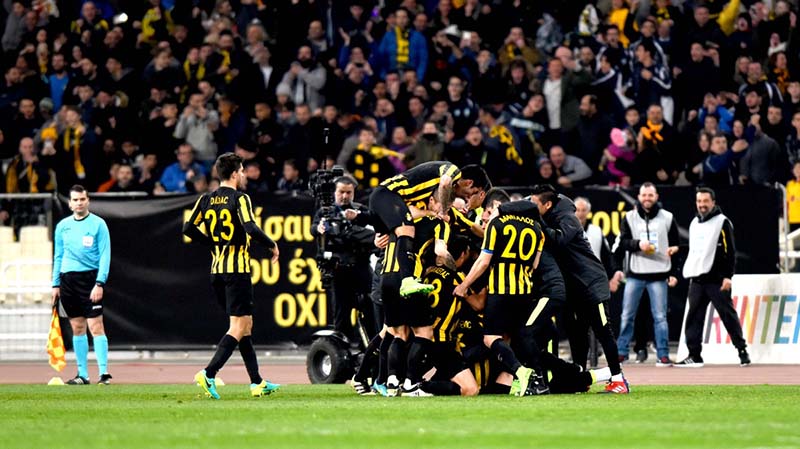 After Olympiakos Piraeus’ elimination in the Champions League group stage, AEK Athens are the only Greek club to play on in Europe’s top football competitions. The Greek “yellows” have been drawn to play against Dynamo Kiev in the top-32 stage of the UEFA Europa League.
Having just three years in Greece’s Superleague after their relegation and financial ruin in 2012, AEK have been steadfastly rising to their former glory. This season they are on top of the league, they are progressing in the Greek Cup and now they’re facing a huge European challenge.
Their opponent, Dynamo Kiev, is one of the strongest sides in this season’s Europa League tournament – the second biggest one after Champions League. They are currently in second place in the Ukrainian league.
Dynamo may be the favourites of this draw, but AEK Athens will have one advantage in the two-leg round against them: With the Ukrainian league already suspended for the winter until mid-February, the team will be competing with no official games behind them.
AEK, on the other hand, are expected to be in top form, with the highly competitive Greek league in full swing in February.
The first leg will be held in the OAKA stadium, in Athens on February 15 and the second leg will take place in Kiev, Ukraine a week later, on February 22. Whichever club qualifies, will be progressing to the tournament’s Top-16.