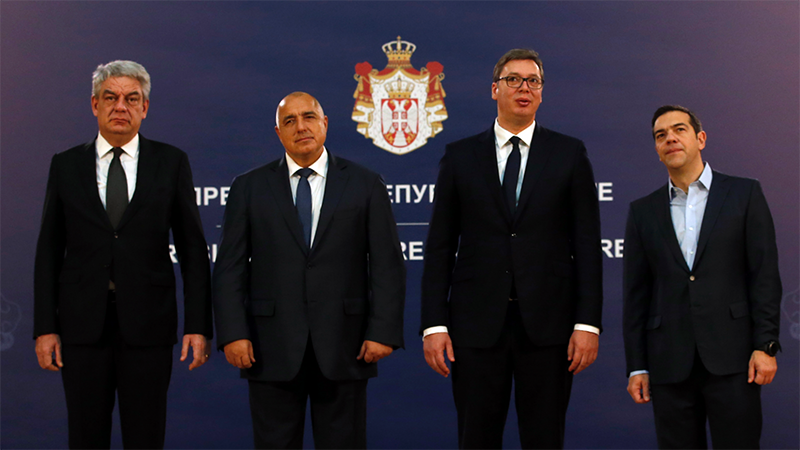 Prime Minister Alexis Tsipras and his counterparts of Bulgaria and Romania have pledged support for Serbia’s membership bid in the European Union, saying it would boost stability in the Balkans.
Tsipras made the pledge at the 2nd quadrilateral summit between Greece, Bulgaria, Romania and Serbia, held in Belgrade. The heads of government agreed with Serbia’s president to improve trade, energy and transportation links between their countries.

He said that “Serbia can no longer be outside the European family,” adding that “we must cooperate and promote peace and stability in the Balkans.”
The PM also referred to the recent comments of Turkish president Erdogan concerning the 1923 treaty which rules relations between Greece and Turkey, asking for a renegotiation of the treaty.
Tsipras said that only through cooperation, solidarity and respect to international law and international treaties, including the Lausanne Treaty, can we live peacefully in the region of the Balkans.
“We have a new institution that is important for the common course of our countries and the Balkans’ common prospect” Tsipras noted, referring to the summit.
The PM said that the cooperation of the four countries and the Bulgarian presidency is an opportunity to put forth common ideas and beliefs and to promote the “Thessaloniki agenda” of 2003 on the future of the Balkans.