Oxfam: 5,000 Refugees to be Moved to Mainland Greece 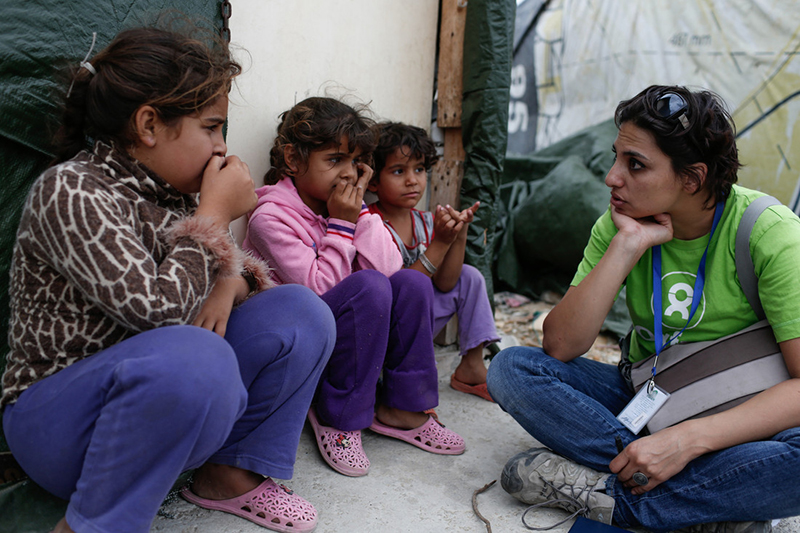 Although no official announcement has been made yet, NGOs working with migrants and refugees in the Greek islands say they have been assured that 5,000 asylum seekers will be moved to the Greek mainland.
The government intends to transfer 5,000 people from the Greek islands to the mainland before the start of winter, head of mission of Oxfam in Greece Nicola Bay announced on Friday.
“Moving 5,000 people off the Greek islands will save their lives; [they are] currently living in congested camps in the Greek islands” Bay said.
Bay added that this information has been circulating around NGOs, however, there has been no official announcement from the government side.
“This is a very positive step that will save lives,” the Oxfam head said. “People across Europe are asking for action and now it is imperative that people are moved quickly and in a safe and well-coordinated manner. Winter is just around the corner and thousands of refugees and migrants are still sharing unheated tents exposed to the bitter cold.”
A thousand asylum seekers have already been moved to safer and better camps in the mainland, Bay stated, but still a significant number remain living in harsh conditions in unheated tents and exposed to the cold.
Nevertheless, even if all 5,000 refugees are moved immediately and safely, reception facilities on the islands will still be over capacity, unsafe and unsanitary, according to Bay.
A week ago 12 NGOs teamed up to urge the Greek government to end restrictions imposed on asylum seekers and to immediately transfer them to the mainland.