FYROM Premier Zaev: We Were Provoking Greece for Years 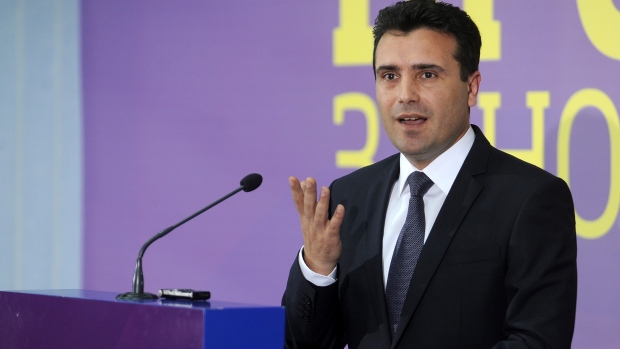 The admission that his country has been provoking Greece for many years was made by new Prime Minister of Former Yugoslav Republic of Macedonia, Zoran Zaev.
Zaev gave an interview to Austrian newspaper Wiener Zeitung, where, inter alia, he said that FYROM has challenged Greece on several issues, but his administration will put an end to that because he wants to have friendly relations with Greece.
The Prime Minister of FYROM said that the two neighbouring countries share a common history that should unite, not divide. Especially on the naming issue, as the controversy continues for more than two decades.
“We are aware that Greece has a province of the same name and therefore does not accept the name “Republic of Macedonia”,  as it is clear to us that neither country  will conquer the neighbour’s territory. At most, we take over the beautiful Greek beaches, as one million “Macedonians” visit them every year. On the other hand, many Greek investors are coming to Macedonia. There is also a left-wing government in Athens that is not nationalistic. We hope for a solution in the next six months,” Zaev told Wiener Zeitung.
The FYROM premier also said that, “We want to change the current international name, FYROM, to all international organizations, in a way that can be accepted by Greece, but also by “Macedonia”.
“I was born as a “Macedonian”, my father and my grandfather were also “Macedonians.” “This is not negotiable, no one can change my feelings and those of  my compatriots,” Zaev said, underlining that efforts are being made to find a naming solution within international institutions.