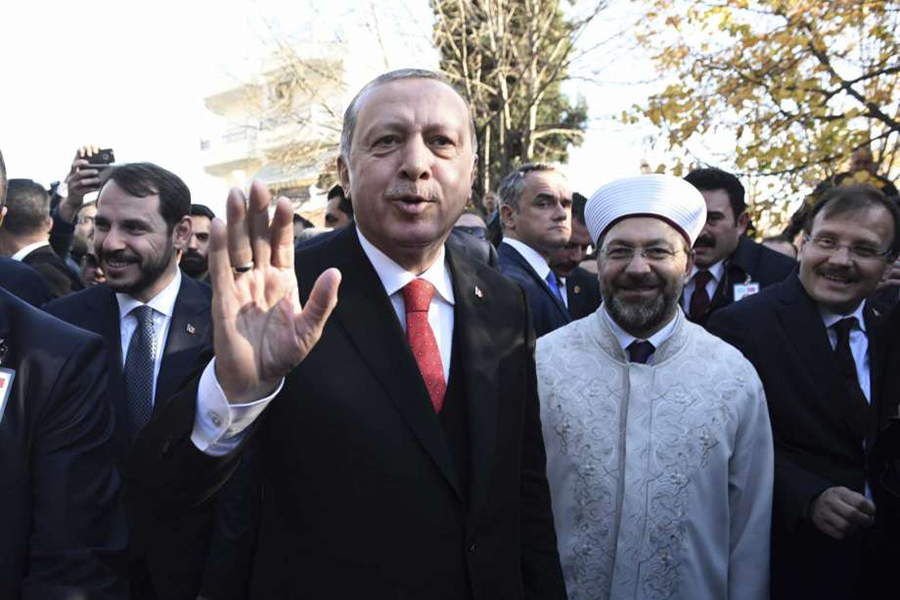 Turkish president Recep Tayyip Erdogan‘s highly controversial visit to the Thrace Muslim community, was marked by enthusiastic crowds and a few protests by the local community.
Erdogan visited the Muslim community in Komotini; a town in northern Greece, which once belonged to the Ottoman Empire. The Turkish president gave out toy cars and dolls to children on the final leg of his visit.
“We have made very important decisions to meet the needs of our ethnically Greek citizens, and it is our right to expect similar behaviour from Greece,” he told cheering crowds outside a school in the region. 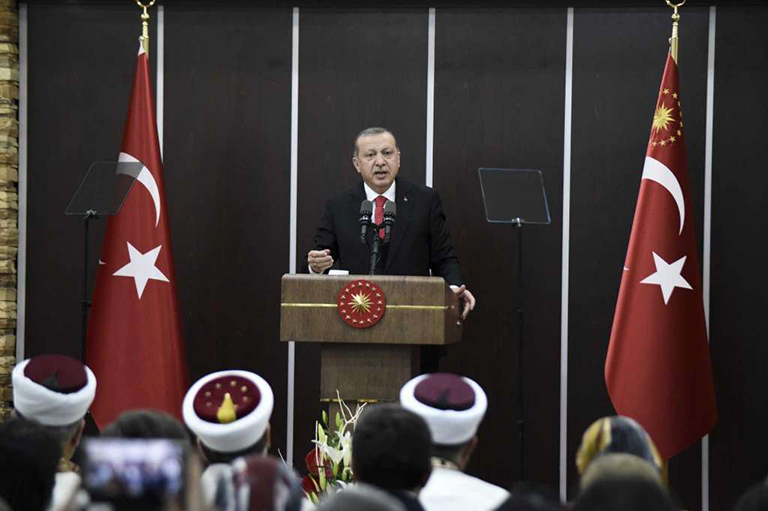 None of Thursday’s press-conference controversy, where the Turkish president talked about a revision of the Lausanne treaty; which determines the relations between Greece and Turkey, was apparent on Friday.
Hundreds of well-wishers gathered outside a mosque in Komotini to welcome Erdogan. Some supporters shouted “Leader” as he made his way through the crowds. Greek police snipers were stationed on nearby buildings and security was tight.
Erdogan attended prayers at the Kirmahalle Cammi mosque in the northeastern town of Komotini, where he was greeted by several thousand supporters chanting his name. He spoke to the crowd outside a Turkish-language school.
“There are close to 150,000 of our kinsmen. Our kinsmen. You are a bridge between Turkey and Greece. That’s how we see you,” he said. 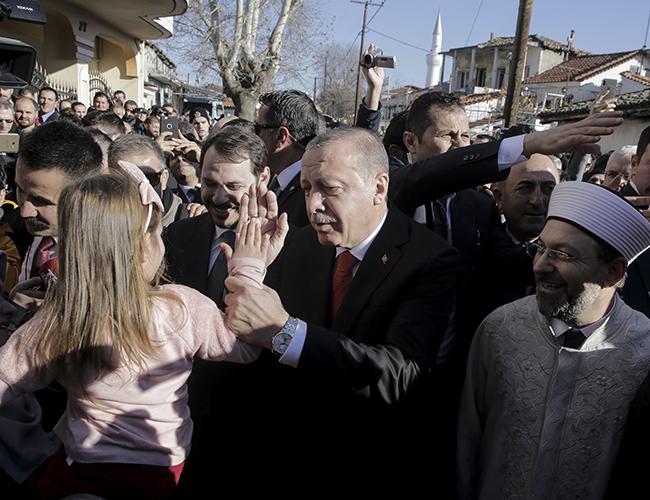 He added, though, that Athens must implement European human rights rulings upholding the rights of the Muslim-Turkish minority in Greece’s Western Thrace region. “We expect the implementation of European Court of Human Rights [ECHR] rulings,” he said.
Under one 2008 ECHR ruling, the right of Turks in Western Thrace to use the word “Turkish” in the name of associations was guaranteed, but Athens has failed to implement the ruling.
“The Greek state should not demand that my kinsmen assimilate,” said Erdogan, “because up until this day, we [Turkey] have not demanded that from any ethnic group, nor will we.” 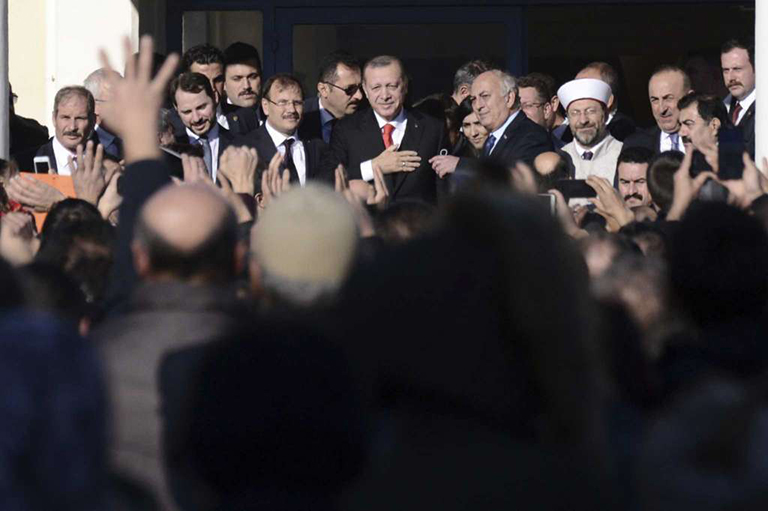 “The improvement of our bilateral relations with Greece will also ease the problems of minorities. The solution of these problems in minority issues will bring Turkey and Greece closer together,” he said.
Also accompanying Erdoğan were Greek Alternate Foreign Minister Georgios Katrougalos, and Deputy Foreign Minister Yiannis Amanatidis.
Not everyone in Komotini was welcoming of the Turkish president. About 100 anti-Erdogan protesters gathered a mile away in the town’s square.
“Erdogan is undesirable in Komotini, and we express the public sentiment of the region’s residents,” said Kostas Karaiskos, a representative of local anti-Erdogan groups.
A minor episode occurred when the Turkish president entered the Celal Bayar Minority High School, and asked for a microphone to address the children. 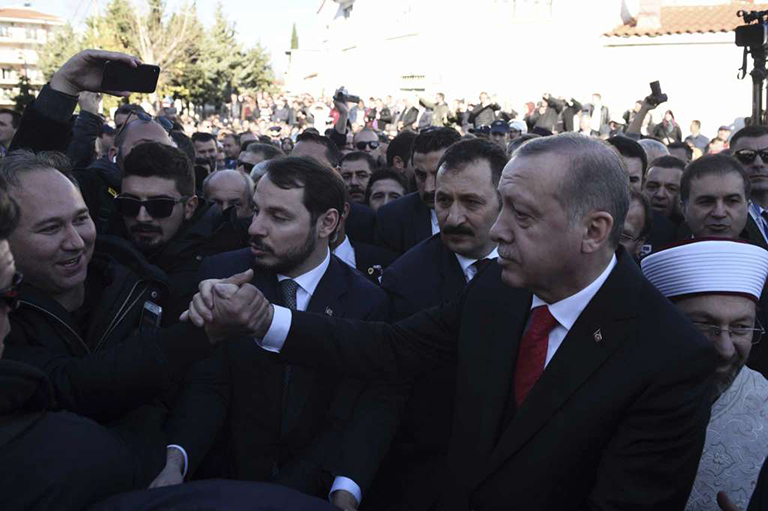 According to a report by the Kathimerini news daily, Greek Deputy Foreign minister Yiannis Amanatidis told Erdogan that this was not what the two sides had agreed upon.
According to the report, the president was annoyed by the incident, and approaching a young Muslim girl, he told her that he was refused a microphone to address her, with the girl subsequently bursting into tears.
The episode ended with the deputy minister agreeing to let Erdogan address the pupils, and even presenting his guest himself.
The reported episode was later denied by Greek government sources, which said that there was no misunderstanding, or any diplomatic episode between the minister and the Turkish president. “It all went according to plan,” they said.