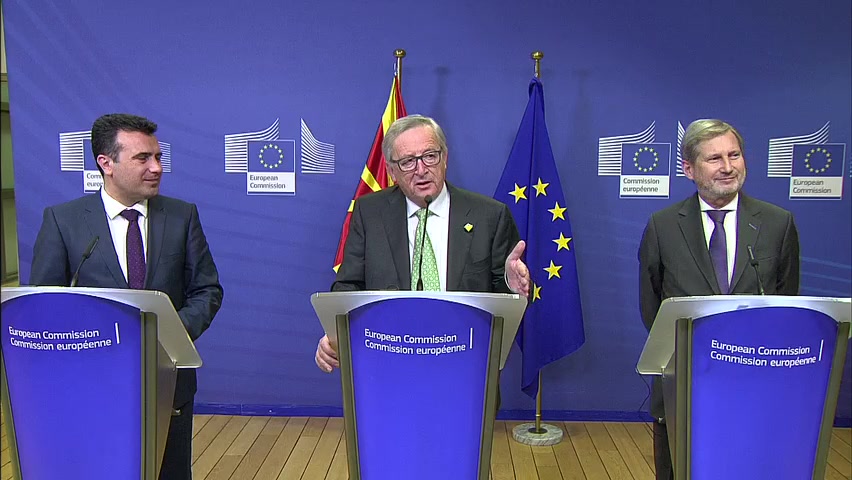 European Commission President Jean-Claude Juncker accidentally called the Former Yugoslav Republic of Macedonia, “Macedonia”, before he showed his embarrassment with a goofy grimace.

Juncker’s slip of the tongue came during a press briefing after a meeting with FYROM Prime Minister Zoran Zaev and Johannes Hahn, Commissioner for European Neighbourhood Policy and Enlargement Negotiations.

Juncker and Hahn noted that the European Commission will support the re-launch of the accession talks with Skopje, provided the country continues the reforms. It should be noted that major European countries are very sceptical towards the further enlargement of the European Union in the Western Balkans.

The health of Greek convicted terrorist Dimitris Koufontinas has swiftly deteriorated lately, it was made public on Saturday evening.
Charity