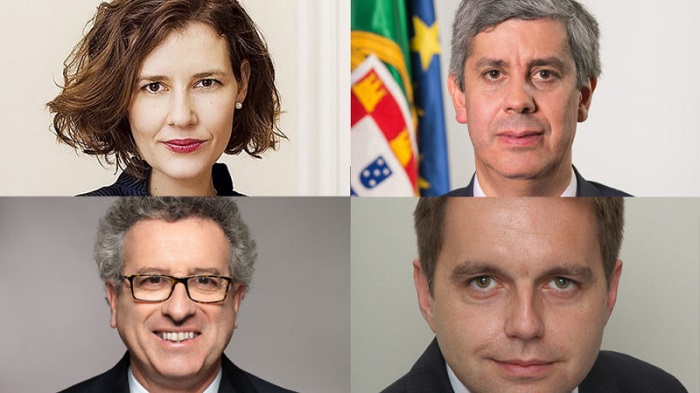 Eurozone finance ministers pick the replacement for Eurogroup chief Jeroen Dijsselbloem on Monday (4 December), with four countries; led by Portugal, battling for the challenge of guiding the eurozone currency bloc through much needed reforms.

Finance ministers from Latvia, Luxembourg, Slovakia and Portugal have thrown their hats into the ring, with a decision expected on Monday afternoon when the 19 Eurogroup ministers cast their vote at a closed session in Brussels.

The job is one of the most strategic in the European Union, tasked with guiding economic policy in the face of clashing opinions and resistance, most notably by Germany.

“I fully expect that the process will take one or two rounds,” a senior eurozone official said ahead of the vote, on condition of anonymity. “The procedure is set up so that a candidate emerges after only one or two rounds.”

The winning candidate must secure ten votes to win.

“I have decided to put forward my candidacy for the presidency of the Eurogroup… with the intention of working towards a necessary consensus to complete Europe’s economic and monetary union,” Centeno said in a statement.

His candidacy marks a big turnaround for Portugal since the worst of the debt crisis, in which Lisbon was bailed out and forced to push through painful reforms to save its economy.

Also running is Slovakia’s Peter Kažimír; a strong backer of Germany’s austerity-heavy approach, but he is seen as a long shot after controversial comments about Greece during bailout talks in 2015.

In a surprise, Latvian Finance Minister Dana Reizniece-Ozola, 36 and a chess grandmaster, is also running, though she is relatively unknown to her colleagues.

Their bids come soon after the EU’s eastern member states were painfully overlooked in favour of France and the Netherlands to be the new hosts for EU agencies forced to leave London after Brexit.

Luxembourg’s Pierre Gramegna, a veteran diplomat, has also confirmed his candidacy, which is seen as a safety choice in case the others cancel each other out.