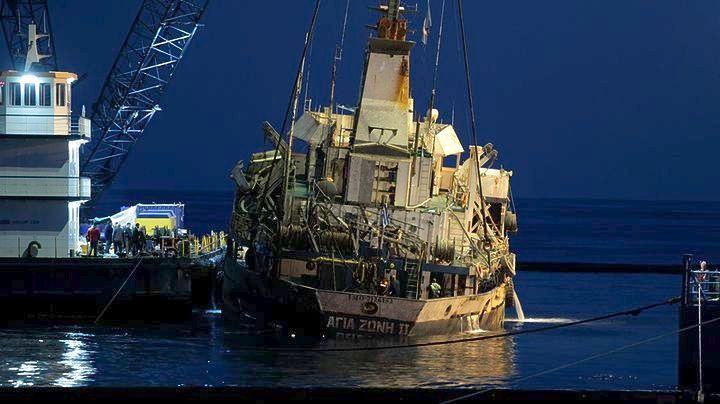 An operation to raise the sunken tanker “Agia Zoni II” – responsible for the oil spill that polluted large stretches of the coastline in the Saronic Gulf – was successfully concluded on Wednesday.
The tanker will now be towed to the shipyards in Ambelakia, Salamina as part of an investigation into the reasons that caused it to sink at dawn on Sunday, September 10.
It will be escorted by anti-pollution boats and tug-boats, as well as coast guard vessels, while an oil boom will be placed around the location it is transported to as a precaution. 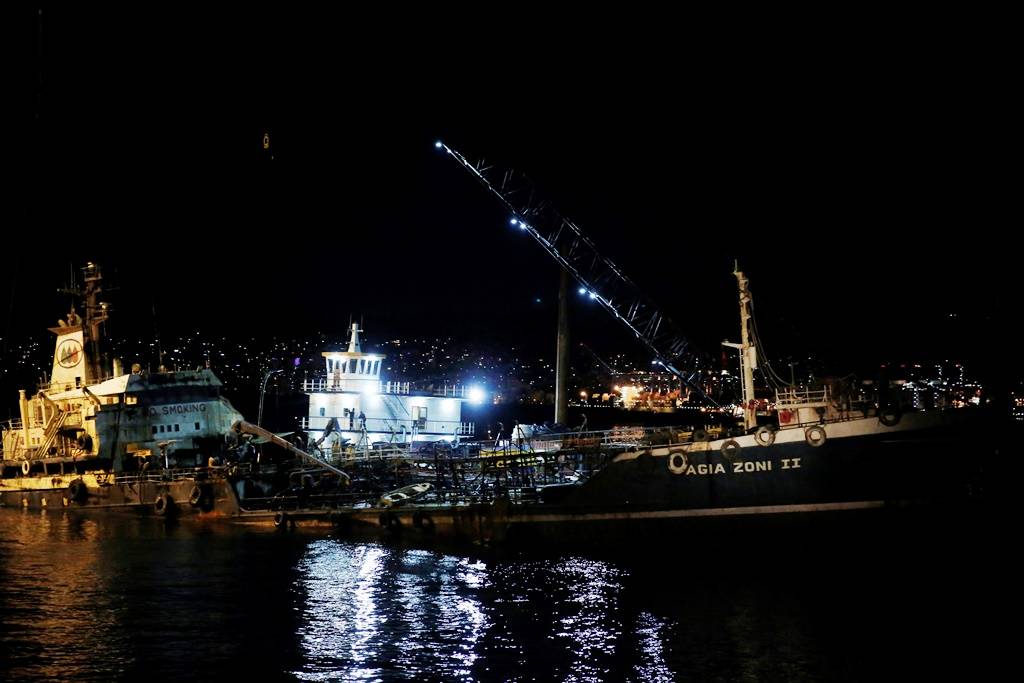 The ship will be guarded on a 24-hour basis and the expert report and all inspections will be supervised by the 5th Piraeus Examining Magistrate.
Simultaneously, preliminary inquiries are being conducted by the Coast Guard’s Piraeus headquarters and the Hellenic Bureau for Marine Casualties Investigation.
“Essentially, the generating cause that would in any case produce pollution as long as the specific ship remained there has ceased to exist,” Deputy Shipping Minister Nektarios Santorinios commented, in statements to the Athens-Macedonian News Agency (ANA). 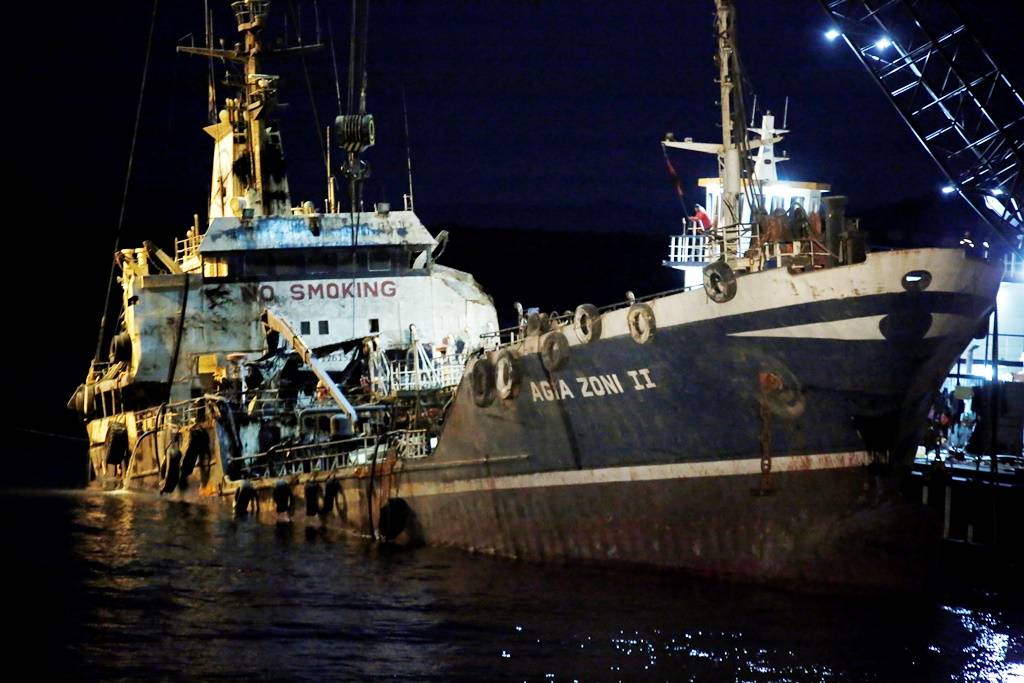 He noted that this was the first application of environmental law in the case of shipwrecks, in which the sunken ship itself is seen as an environmental pollutant. The example of the “Agia Zoni II” should be followed for other recorded shipwrecks in the sea surrounding Piraeus, he added.
Asked when the cleaning of Attica coastal regions affected by the September 2017 spill will be completed, Santorinios said the work would be done by this Sunday when the area known as “Theatraki” was delivered.
Also due by mid-December were the results of samples taken by the Hellenic Centre for Marine Research (HCMR) from the seabed and living organisms in the areas of the sea affected by the spill, Santorinios said.
Source: ANA-MPA