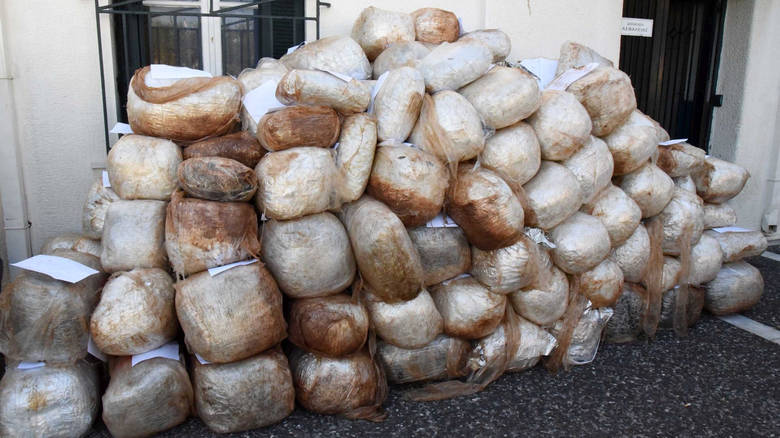 A Mykonos restaurant owner; who also manages a shipping company in Athens, is the owner of six speedboats that were used to transport tons of hashish from the coast of Albania to Turkey via Samothrace, Greek police say.
According to a report in To Vima newspaper; based on court documents, said vessels have been located in marinas in Porto Rafti; Kalyvia of Thorikos; Paleokastritsa in Corfu; Amaliada in Ilia (the base of the drug ring); Kyllini; Aspropyrgos and Igoumenitsa.
According to the same documents, drug traffickers avoided passing through the Isthmus of Corinth so that the movement of their vessels would not be recorded.
Further investigation found that some of the boats had been declared burned and destroyed, so that they could move clandestinely.
Similarly, on land, the traffickers had people sitting in cars with foreign license plates, watching the boats all the time.
The ring members that have been arrested so far are six Albanians; two Italians; two Greeks, and one Bulgarian. They were nabbed last weekend after a marathon chase that started on Corfu in the Ionian Sea, and ended on the island of Kea, in the Aegean.
Sixteen tons of hashish and two inflatable speedboats with high power engines have been seized.
According to coast guard documents, the same ring is said to be responsible for the transport of 2.3 tons of hashish discovered by Italian authorities in early August.