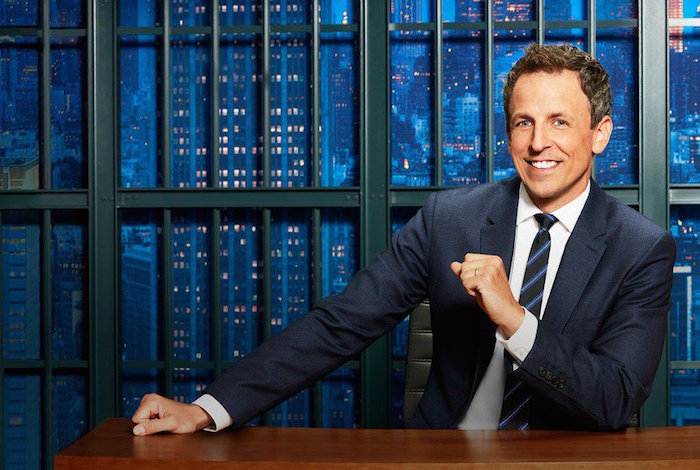 The Hollywood Foreign Press Association just announced they have selected Seth Meyers to host the 75th Annual Golden Globe Awards, which will be held at the Beverly Hilton Hotel on Sunday, January 7.
Seth Meyers, who rose to fame through “Saturday Night Live”, now hosts his own show, called “Late Night With Seth Meyers”, which has become very popular among late-night viewers. Meyers is widely known for his insightful comedic commentary, and that was part of the reason for his selection as Golden Globes host.
Robert Greenblatt, Chairman of NBC Entertainment, said “We are thrilled that Seth Meyers is going to be hosting the Golden Globes this year. As he does every night for us in late night, he will be taking a closer look at this year’s best movies and television with his unique brand of wit, intelligence, and mischievous humor.”
The 75th Golden Globes Awards will be the first major awards show of the year, kicking off the winter Awards Season in Hollywood. The telecast will air 8-11 PM (ET) on NBC.
Nominees for the Golden Globes will be announced on December 11, so stay tuned to see who will be nominated for the Globes’ 25 categories in TV and film.