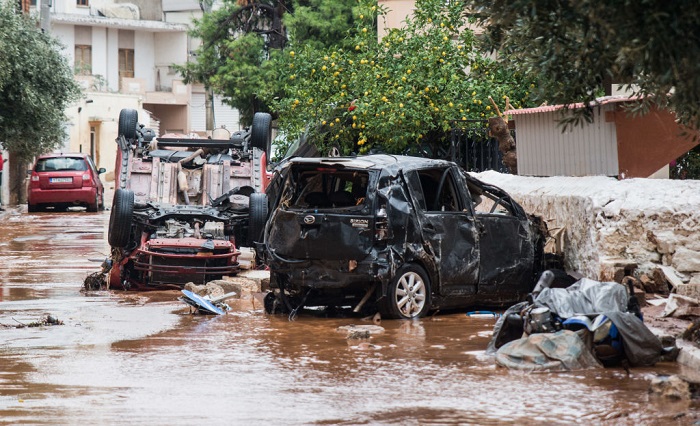 After the deadly Athens floods which claimed over 20 lives earlier this month, Prime Minister Alexis Tsipras told Greece’s parliament the disaster was “unprecedented”.
He also had strong words for the local authorities, hitting out at “criminal and inexcusable political choices of decades in construction and town planning”.
As Greeks hope for a thorough investigation into the deaths which took place in Nea Peramos, Megara and Mandra, in reality, criminal prosecutions for chronic, poor urban planning in Europe, appear to be few and far between.
It is countries outside Europe where some of the most dramatic consequences for human-error fueled flooding deaths can be seen.
Deadly flooding which hit Jeddah, Saudi Arabia in 2009 claimed 116 lives, with hundreds more listed as missing. Similar flooding hit again in 2011, as residents fumed over long-running infrastructural problems, exacerbated by corruption.
Saudi courts eventually jailed 45 people in a corruption crackdown; fining them the equivalent of millions of dollars. Earlier this month, a committee headed by Crown Prince Mohammed bin Salman decided to re-investigate the floods.
In China, survivors of flash flooding which claimed around 130 lives in Heibei in July 2016 openly criticized the local authorities in the communist state over purported human errors in flood prevention stretching back decades.
Chronic bad planning has been accused of worsening the impact of natural floods even in the U.S. A December 2016 report in the Journal of Earth Sciences claimed flooding which devastated parts of the Midwest had been exacerbated by decades of construction which shrank natural flood plains off the Mississippi and Meramac rivers.
Closer to home, a senior prosecutor in the U.K. in August told reporters long prison sentences could be sought for anyone found to have been negligent in the Grenfell Tower apartment block fire which claimed 71 lives. Inquests into the last two victims’ deaths opened last week.
The EU has been critical of Greece’s record of enacting European legislation on preventing flooding. A February 2017 EU Environmental Implementation Review says an “absence of flood risk and flood hazard maps in Greece is the subject of an infringement procedure initiated in 2015”.
Although financing is seen as a barrier to enacting necessary changes, the report says “complex administrative structures and procedures can be the cause of significant delays and bottlenecks” which can sometimes “represent the main obstacle for the implementation of environmental legislation in Greece”.
In the past 10 years, Greece has claimed €112.7 million of euros from the EU Solidarity Fund for at least four floods, which the EU says cost the country €3 billion.
As the Greek authorities get ready to make aid payments to those affected by this month’s disaster, many will be asking if the country can blaze a trail in holding anyone to account for whatever short-sighted planning may have worsened a natural — and growing — phenomenon.