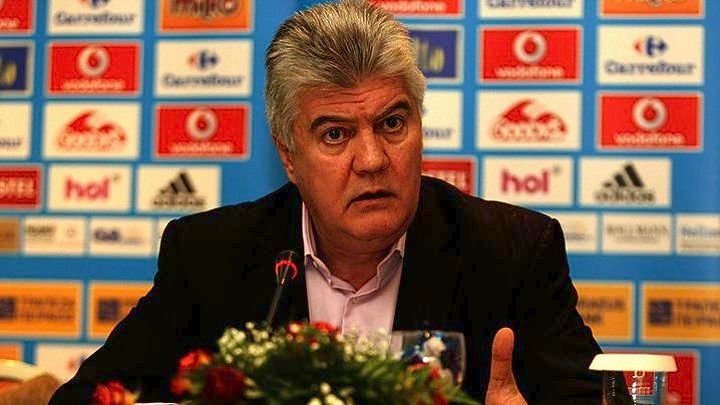 A prosecutor has charged a former head of Greece’s football federation (EPO), with breach of duty over the misuse of a large donation by UEFA that was intended to support fire-stricken areas in the region of Ilia, Peloponnese, after the devastating wildfires of 2007.
The charge against Vasilis Gagatsis; the current CEO of the Greek Super League, concerns aid totaling one million Swiss Francs send to EPO by Michel Platini and UEFA to fund the construction of a burned stadium. However, that money was never delivered to Ilia.
According to corruption prosecutors working on the case, which was opened seven years ago, the money ended up as a bonus payment to the national team’s former German  coach, Otto Rehhagel.
In the report, prosecutors argue that there was no contractual obligation to justify the deposit of that amount to the German coach’s bank account.
The case reached the prosecutor’s office after a lawsuit submitted by a Greek-American with family roots from Ilia, who claimed that the money never reached those it was intended for.
Source: ANA-MPA