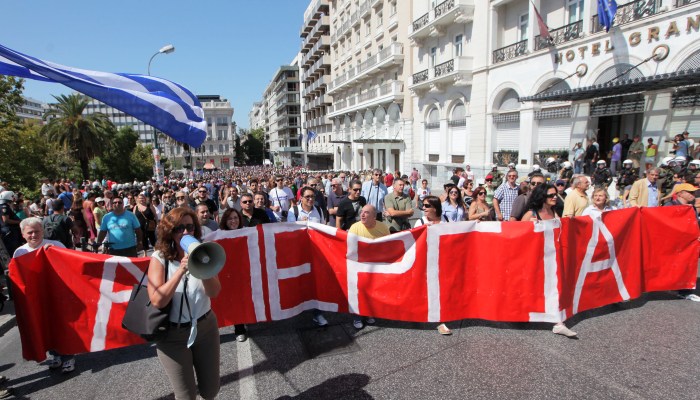 The country’s biggest labour unions have called a new general strike next month against bailout-linked austerity policies, as the government launches new talks with its international rescue creditors.
The ADEDY civil servants’ union called the December 14, 24-hour-strike, in which private sector unions will participate, to protest against pension and salary cuts, and to demand pay rises and public sector hiring.
Successive Greek governments have slashed spending and salaries, while hiking taxes and curtailing civil service hiring, to secure the bailouts that have kept the country afloat since 2010.
Successive wage slashes have reduced the average income of both public and private employees, although the former maintain a higher average salary than the latter.
The bailout program is set to end in August 2018, after which more wage and pension cuts have been agreed upon, as the country must start financing itself by selling government bonds.
Tuesday’s talks in Athens with bailout creditors focused on energy market reforms. Both sides hope to conclude negotiations by year-end.
Source: AP