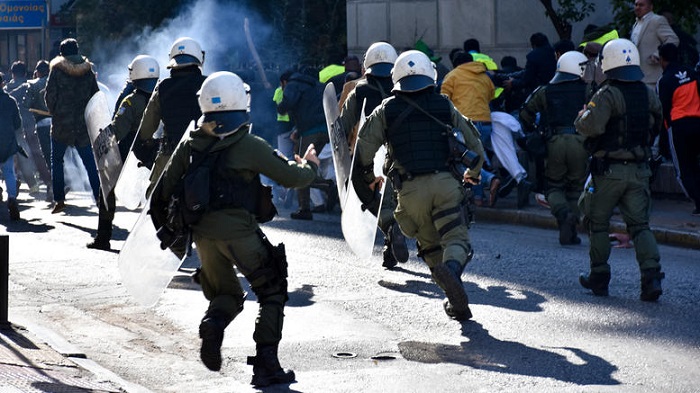 Members of the Athens Pakistani community were attacked by football hooligans in the centre of Athens on Sunday.
Supporters of soccer club PAOK, had gathered early Sunday afternoon in Omonia Square in Athens center, before a league game against Panionios.
Simultaneously, a procession of Pakistanis celebrating the Mawlid; the birth of the Prophet Muhammad, were also passing through Omonia.
The PAOK fans began taunting and insulting the Pakistanis, and soon after began to assault them. Riot police who were responsible for escorting the fans to the game’s venue intervened, and the clashes ended after a few minutes, and stun grenades and tear gas was used to disperse the violent altercation between the two groups.
Police say there have been no serious injuries and no arrests.