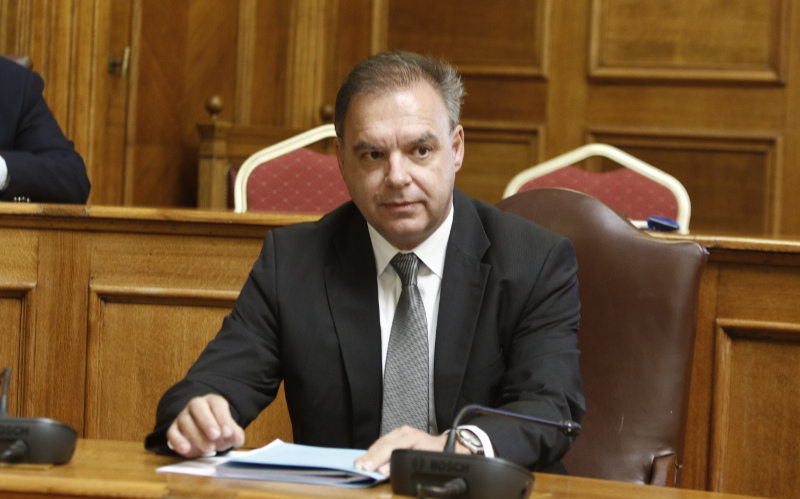 The term of Greece’s Parliamentary Budget Office chief Panagiotis Liargovas will not be renewed; His last draft on the 2018 budget predicts a year of austerity.
Based on last year’s figures, the 2018 budget generates concerns, the report says, while at the same time it doubts the real benefit of the social dividend.
According to a Kathimerini newspaper report, while there is an effort to have a Social Solidarity Income, some measures to be implemented in 2018 undermine the effort. For example, the draft report says, indirect taxes do not finance redistributive measures.
The draft report also says indirectly that the social dividend the government is about to distribute is of very little value.
With regard to primary surpluses and growth, the Parliamentary Budget Office describes the 2018 budget as ‘a mixture of excessive austerity, high surpluses and low growth’, explaining that excessive austerity will have a negative impact on growth.
House Speaker will not renew Liargovas’ term
The latest report of the Parliamentary Budget Office is the last for professor Liargovas. Reportedly, House Speaker Nikos Voutsis had said earlier in the year that he will not renew Liargovas’ term.
Voutsis’ decision is due to the fact that in a previous report the chief of the Parliamentary Budget Office had used wrong data. As a result, forecasts for the Greek economy were too pessimistic.
Allegedly, the parliament chief decided to not renew Liargovas’ term because his reports do not look good for the SYRIZA-ANEL administration as they present a less optimistic picture of the economy than the one the government is trying to show.

Up to 50,000 Greek Teenagers May Contract Covid-19 This Autumn