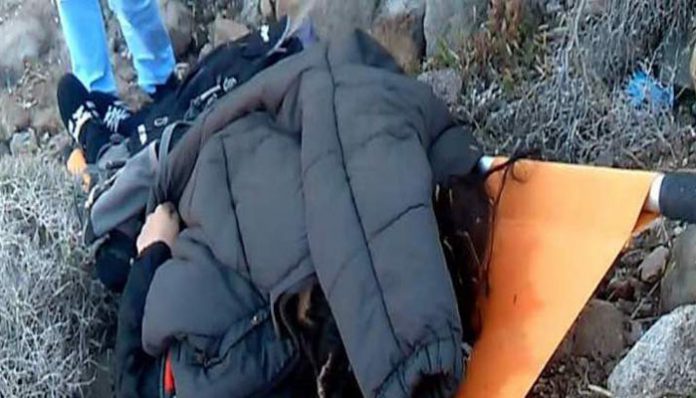 Turkish media reported that the bodies of three children discovered at a beach on the Greek island of Lesvos earlier in November, belong to family that drowned while attempting to flee persecution in Turkey.
The grim discovery on November 11 puzzled Greek authorities, as there was no known incident of refugee boat sinking near Lesvos at the time.
Sources told news portal Aktif Haber, that the bodies belong to the children and family members of Huseyin Maden; who was affiliated with faith-based Gulen movement.
The sources told Aktif Haber that relatives of the Maden family in Turkey’s Samsun province had not heard from them for several days, leading to speculation that the bodies found by the Greek authorities might belong to the Maden family.
According to information gathered by Aktif Haber, detention warrants were outstanding for Huseyin Maden (40) and his wife Nur Maden (36).
Both were teachers who were fired from their jobs following a failed coup last year over alleged links to the Gulen movement, which the Turkish government accuses of being behind the coup attempt.
The couple and their children Nadire Maden (13), Bahar Maden (10) and Feridun Maden (7) drowned as they fled from the Recep Tayyip Erdogan regime persecution targeting members of the Gulen movement.
Greek authorities delivered identity cards found on the bodies to Turkish police to see whether they belonged to members of the Maden family.
Turkey survived a coup attempt on July 15, 2016 that killed 249 people. Immediately after the putsch, the Justice and Development Party (AKP) government along with President Erdogan, pinned the blame on the Gulen movement.